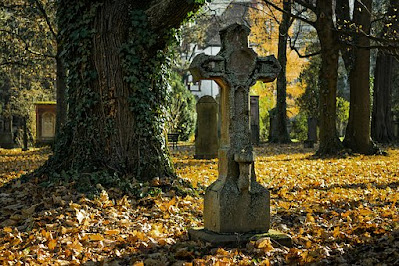 Only in this way could he set free all who have lived their lives as slaves to the fear of dying. Hebrews 2:15 NLT

I was suddenly and unexplainably overcome with the fear of dying.

It seemed odd that I should experience this, especially since I was only a pre-teen and statistically had sixty or seventy years ahead of me. This fear was also strange because I had no reason to fear. Dad preached often on heaven and hell. Those who accepted Christ would enjoy the first while those who rejected him would experience the second. I had done the first. Yet, I feared not waking up, having a heart attack, or being involved in a tragic accident. This sense of dread seemed to last forever—although, in reality, it was only a few weeks.

To identify with humans, Jesus took on flesh and blood. We experience death, so he decided to face it as well—but for a different reason. Taking my sins upon himself brought death for Jesus. Satan has the power of death, but when I trust in Christ, death’s power is broken. No longer is it necessary for me to live with the dread of dying.

The ways we try to redefine death are numerous. We refer to the person as deceased or passed rather than dead. Instead of funerals, we attend homegoings or memorials. Regardless of what term we use for the person or the event itself, death is still death.

Also fascinating are the ways we try to avoid death—or at least its timing. Lifts on various parts of our bodies, workouts, vitamins, wrinkle creams. The list is endless. Death still comes.

The only way I’ll escape death is if I’m alive when Jesus returns. Barring that, I’ll die. But I’ve already conquered death. Christ defeated death by rising again, and since I’m in Christ through faith, I’ll do the same. I don’t have to fear death, try to prevent it, or cushion the reality of it with other names. My hope and confidence are in the only One who can set me free from the fear of dying: Jesus Christ.

Have you conquered the fear of death?

Prayer: Merciful Father, thank You for taking away the sting of death by giving us the hope of a wonderful eternity with You.

Tweetable: Have you conquered the fear of death?