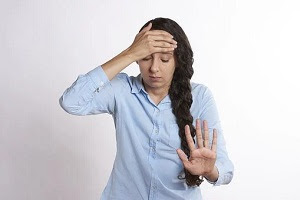 Everywhere I looked, I saw her name.

I was new to the church, but it didn’t take long to tell who did what. As in most small churches, some people wore many hats—some because of their own choosing, others because they just liked staying busy or because they wanted to make a name for themselves.

When the time came for the committee to meet and begin selecting teachers and committee members for the next year, I noticed Judy’s name was everywhere. On this committee. On that committee. Helping with the kids. Assisting with fellowship meals. She had a family of her own, and she worked outside the home. I wondered how one person could muster the time to do all she did.

I didn’t have to wonder long. Prior to the Nominating Committee’s first meeting, Judy approached me and said, “I’m not doing anything this year.” She wasn’t mad, just tired. Burned out. For maybe the first time, I had met someone who had burned out doing good things. She reminded me of myself.

At the first church I pastored, I had almost done the same thing. Only mine wasn’t all church work. I taught at a local school four days a week, worked with the local literacy agency teaching adults to read, and worked on my master’s degree. And oh yeah, I had a family, too. It took my grandmother’s advice, a bleeding ulcer, and a change of venue to get me reoriented.

David wanted to get involved also. When he took resources to his brothers who were fighting in King Saul’s army against the Philistines, a giant named Goliath came out and mocked the army of Israel and Israel’s God. David couldn’t stand the shame and offered to take down the giant.

God wants us involved in His kingdom’s work, but there are so many “somethings” out there. How do we decide which something or somethings to get involved with? Some somethings don’t advance God’s kingdom and can steal our focus from God entirely. Too many somethings can burn us out, weigh us down, and steal our joy.

Balance is the key, and staying in close contact with God through prayer helps us find that balance. When asked, God will put up the red lights and the green lights, so we know what to take on and what to leave alone.

God wants workers, but He doesn’t want burned-out workers who’ve lost their joy, their strength, and their desire to serve Him. All of which can happen when we take on too much.

Ask God to show you where He wants you to get involved.

Tweetable: Is your plate too full?