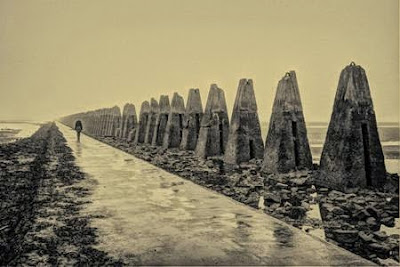 For example, there was God’s promise to Abraham. Since there was no one greater to swear by, God took an oath in his own name. Hebrews 6:13 NLT

He was currently serving as the United States military advisor to the Philippines. The day after Japan bombed Pearl Harbor—December 7, 1941, they launched an invasion against his adopted home. He was finally forced to flee his island fortress in 1942. Unfortunately, 90,000 American and Filipinos were left behind without adequate provisions or protection. As he fled to Australia, he made a promise to the people of the Philippines: “I shall return.” Over the next two and one half years, it was a promised he repeated on a number of occasions. On October 20, 1944, shortly after his troops had landed on the island of Leyte, General Douglas MacArthur waded ashore and made a public radio announcement: “People of the Philippines. I have returned!”

God told Abraham to leave his homeland and head for a place he’d never seen before, and he promised he would stand by his side as he traveled. He would also give him descendants as numerous as the stars in the heaven and the sands on the seashore. The assurance of the promise came when God swore by his own name, a name above which there was none greater.

When I make a promise, a handshake won’t suffice. Nor will saying, “I promise to pay,” or “I promise to do…” Anything I purchase on credit or any service I promise to perform must be accompanied by mounds of paperwork and countless signatures as well as initialing. In addition to protecting the one I’m doing business with, the contracts protect me as well.

In spite of the legal issues involved in any purchase or act of service, I should be as good as my word. God was, and he’s my great example. He never reneges on his promise to love and care for me. Empty promises are of no value and reflect poorly on the one I claim to represent. My “I shall return”—or pay or do this, promises should be legitimate, well-intentioned, and only postponed—or broken, when there are extenuating circumstances.

Have you made promises that need fulfilling?

Prayer: God in heaven, thank You that we can depend on Your promises. Give us strength to be as faithful as You when we make promises to others.
(Photo courtesy of morguefile and hotblack.)