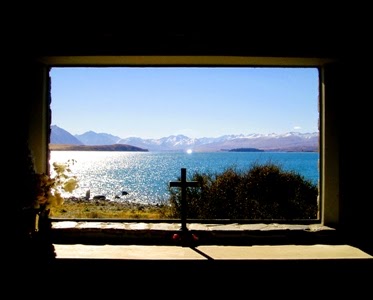 
Objective:
Children will learn about Jesus’ crucifixion and resurrection. Dying on the cross, Jesus paid for our sins. His resurrection was proof God the Father accepted his payment on our behalf.

Say:
Today, we will study about the final two important events in Jesus’ life. Remember, knowing who Jesus was is important; knowing who he is and choosing to follow him as our Savior is even more important.

Say:
Let’s say our memory verse together. He isn’t here! He is risen from the dead, just as he said would happen. Matthew 28:6 NLT

Icebreaker Questions:
Can anyone share what they did to people who were being crucified?

Why do you think Jesus died on the cross?

This is a simple paper craft that results in a 3D ornament you can hang around the room.

Instructions:
• Cut out the template pieces.

• Cut on one of the dotted line right up to the center.

• Pick out the two matching crosses (this is good practice for young children!).

•  Slide the cross together, top to bottom.

• Glue a ribbon or thread onto the top (or hole punch and tie a ribbon through).

Bible Story Time:
Reflection: Why do you think people wanted Jesus crucified? What are some reasons other people might not like you?

Jesus had only been preaching and teaching around three years before he was crucified. While many people loved Jesus and enjoyed hearing him preach, many others wanted him dead. That may seem curious because Jesus only went about doing good things all the time. He healed the sick, restored sight to blind people, raised the dead, made the lame walk, and gave food to the hungry. But there were some people—the leaders in the church of that day, who wanted him dead.

Reflection: Have you ever not recognized someone because they were dressed up? What are some reasons people might disguise themselves?

The Jewish religious leaders finally convinced Pilate—the Roman governor, to crucify Jesus. They told him Jesus claimed to be a king. This frightened Pilate. He didn’t want anyone around who might try to steal his position or that of the Roman emperors.

After beating and making fun of Jesus, the Roman soldiers made him carry a part of his cross and then led him up a hill to the place called Golgotha or Calvary. They fastened the two pieces of the cross together and then drove large spikes into Jesus’ hands and feet. Since no major organs of the body were injured, a person could hang on a cross several days before they died.

Jesus only hung on the cross less than a day. The soldiers had almost beaten him to death before they crucified him. Strange things happened while Jesus was on the cross. From 12 noon until three in the afternoon, darkness covered the land. When he died, the curtain in the Temple that separated people from God was torn in half from top to bottom. Also, many graves were opened, and believers who had died were raised from the grave and appeared to many people after Jesus was resurrected.

Two men—Joseph and Nicodemus, laid Jesus’ body in a grave that belonged to Joseph. The soldiers rolled a stone across the entrance so no one could steal the body and claim Jesus had risen from the grave. And then too, if Jesus wasn’t really dead, he couldn’t get out.

Reflection: Early Sunday morning, some women went to Jesus’ tomb to finish preparing his body for burial. Does anyone know what they found?

The women who visited the tomb early Easter Sunday morning found the stone rolled away and an empty tomb—except for some angels inside. The angels told them Jesus had risen from the grave. They were to go and tell the disciples. Peter and John were the first two disciples to come to the tomb. Sure enough, it was empty. Later, Jesus would appear to the disciples on several occasions.

The Bible tells us we have to pay for our sins, but God loved us so much that he made a way where we wouldn’t have to. Jesus was God’s Son who never committed a sin. Since he wasn’t a sinner, he could die for our sins. When God raised Jesus from the grave, it was proof God the father accepted Jesus’ payment on our behalf. All we have to do now is ask Jesus to forgive us and come into our hearts and be our Savior.

Transition:
God loved people so much he gave his only Son to die for their sins. Would you like to become a follower of Jesus?

Wrap Up:
Let each child tell one thing they learned about Jesus’ crucifixion and resurrection.