Tiger in the Tank - Martin Wiles 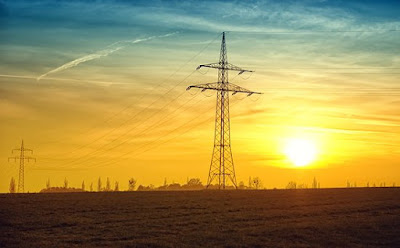 In whom also, having believed, you were sealed with the Holy Spirit of promise. Ephesians 1:13 NKJV

I wanted a tiger in the tank worse than ever—and I didn’t even have a tank.

Fake tiger tails were popular in the early seventies when I was a middle schooler. The mascot, the tiger, had first appeared for Esso in Norway around the turn of the twentieth century, but it didn’t make its United States’ debut until the end of World War II. In 1959, Emery Smith, a young Chicago copywriter, created the slogan, “Put a tiger in your tank.”

In the early 1960s, motorists from all over the world tied fake tiger tails to the gas tanks on their cars, which at the time were located behind the rear license plate. They also sported bumper stickers that read, “I’ve got a tiger in my tank.” More than 2.5 million tails were sold in the United States alone.

And I wanted one. Some Esso gas stations, which provided full-service care to customers’ cars at the time, gave away these fake tiger tails. Every time my dad drove to a station for a fill-up, I hoped the attendant would give me a tiger tail. He never did. Now, I have lived almost to retirement age and have never owned one.

The tiger and the tiger tail represented a power source, but according to Paul, believers possess a better power source. When we choose to follow Christ, He seals us with His Spirit—sometimes called the Comforter or Helper. Christ places His inscription on the seal, and it cannot be removed.

God’s seal of the Spirit contains more power than any fuel I might put in my vehicle. Fuel in the tank gives out after I’ve driven so many miles, but God’s power never runs out. I may feel as if I’m running on empty when life’s circumstances get a little crazy, but I’m never without God’s energy.

God’s power source possesses enough content to get us through any trial we face—and sometimes they come with great intensity and seem to bunch up. But God’s power carries the momentum we need to fulfill God’s plan, regardless of what we must go through to see that plan come to fruition.

Perhaps the most comforting fact about the force which resides in us relates to the peace we have.

This peace passes understanding, and we can experience it regardless of circumstances. It’s a peace we can’t explain, but can experience, nevertheless. A peace others who don’t have our power source seek.

When life seems overwhelming, remember the power source with which God has sealed you.

Prayer: Father, thank You for the power of Your Spirit that resides in us.

Tweetable: Do you have the tiger in your tank?