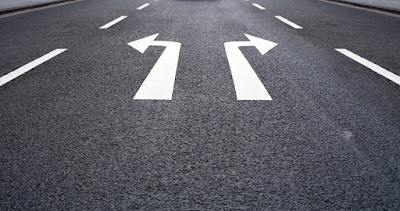 If you need wisdom, ask our generous God, and he will give it to you. James 1:5 NLT

“You made your bed. Now lie on it.” Ah, those dreaded decisions.

She had a plan, but it required being eighteen, which she wasn’t. Jonesy loved her parents but hated their rules. Even more, she hated the rules of the private religious school her parents had her enrolled in. Their rules seemed to mimic her parents’ rules. She and her friends always came up with some plan to disobey the rules and then see how long it would take before someone reported them to the principal.

But Jonesy could see graduation in her future, and she didn’t plan to live with her parents any longer than she had to after that. She started her search for a man to marry. Any man would do. And she found one. Seemingly, a nice fella. He proposed, they married, and her misery began all over again. Physical abuse. Emotional abuse. He even abused her cats and the dogs they raised.

Jonesy needed another escape plan, but knew she couldn’t go home. She had made her bed, and now she was lying on it. For thirteen years, she lay in her hard bed before she decided to get off it and find something better . . . someone who would love her and treat her as she deserved.

Jonesy didn’t do what James told his readers to do: ask God for wisdom. Had she, she would never have married the man she did, nor lay on the hard bed she did for so long.

Asking God for wisdom in our decisions is important because we can’t undo many of our choices. And some come with consequences we didn’t think about or plan. God can provide forgiveness for foolish and sinful decisions, but He often lets us wallow in our consequences so that we won’t make the same mistake again. Like a parent who lets their child feel the heat of their bad decisions.

Since we are human and don’t have perfect wisdom, asking God for advice before we make decisions only makes sense. This requires a degree of humility and intentionality because we’re prone to think we know it all, and we’re also quick to decide without thinking or asking first.

When faced with decisions, the correct order is God, others, and then trusted resources.

And when possible, we should always avoid spur-of-the-moment decisions. They rarely provide anything beneficial for us and often lead to debt, anger, regret, and addictions.

Map out a godly plan for how you will make decisions.

Prayer: Father, give us the wisdom we need for our daily decisions.

Tweetable: Who do you consult before making those dreaded decisions?