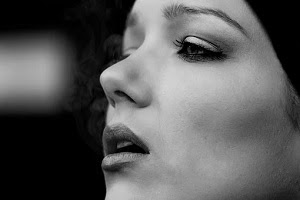 Therefore, this is what the Lord says: Since you have not obeyed me by setting your countrymen free, I will set you free to be destroyed by war, disease, and famine. Jeremiah 34:17 NLT

I had a good mindset about education in elementary school, doing my best and striving to get good grades. My middle school journey mimicked elementary—with the exception that peer pressure increased. Pressure to compromise my values. Pressure to do less than my best. After all, those students who scored high on quizzes and tests ruined the curve a teacher might give a class.

By the time high school arrived, I’d lost all interest in school. The wrong kind of friends, followed by the wrong type of actions, took over. My parents continued to goad me to do my best, just as they had in elementary and middle school. I didn’t listen. Regardless of their efforts to push me forward toward a college education, I continued to slide backward with a don’t-care attitude.

My journey in high school led to poor grades and to my eventually quitting. Fortunately, I came to my senses shortly thereafter and returned to graduate. Not until nine years after high school did I finally see the need to attend college. Perhaps I just needed to mature. Maybe I needed an attitude adjustment.

One thing my parents discovered was that they couldn’t force me to do well in school. I had to decide that. God found out the same with His Old Testament people. He had given them the Law, and He had sent prophets to continually remind them of the importance of obeying it. Nevertheless, they continued to wander away from His moral principles, just as I did with my attention to education. Finally, God gave them the freedom to fail in a big way: He allowed a foreign nation to take them captive for seventy years.

God hasn’t changed, nor have His commands and principles. He lays out His expectations and lovingly guides us to obey them. When we fail, He forgives if we ask, and He disciplines if we keep going our own stubborn way. But there comes a point—and no one knows when the point is—when He says, “Okay, do it your way.”

God gave me the freedom to fail in my educational journey, and He’ll do the same in our moral journey. Sometimes, failure is the only thing that brings us to our senses, so we’ll run back to Him. The good news is that He’s always willing to say “I forgive” when we come in faith and repentance.

If you have failed, run back to God. He’s waiting.

Prayer: Father, thank You for the forgiveness You offer when we fail.

Tweetable: Are you failing or succeeding?