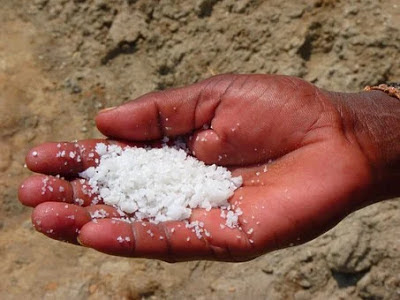 The wise have wealth and luxury, but fools spend whatever they get. Proverbs 21:20 NLT

I never heard my maternal grandmother use that saying, but she lived it. Each year, my grandfather plowed her a spot of ground just to the side of her house near the pecan orchard. There, she grew beans, corn, tomatoes, and other vegetables. And when the crops came in, she prepared some for the family and canned the leftovers. She also spent hours picking up pecans, cracking them, and freezing them. She’d use them for her infamous pecan pies.

Not only did my grandmother can and freeze her abundance of vegetables, but she also froze any leftover food she had. These scraps—I say that because often that’s exactly what they were—went into the freezer. If she had only a spoonful of corn left over—or two spoonfuls of beans—she wrapped them in aluminum foil and stuck them in the freezer.

The trouble was, my grandmother never labeled what she put in aluminum foil, so she never knew what it was. Normally, it stayed there until Mom or her sister cleaned out the freezer. As my grandmother’s dementia, and then Alzheimer’s, worsened, she made more of a habit of freezing any small amount of food left over from her cooking.

Why my grandmother exercised such thriftiness, I’m not sure. She grew up in hard times, so perhaps she wanted to save so she’d never have to go through what she had been through as a child. Perhaps, she was trying to save money. Nevertheless, one thing I learned from her was how to be thrifty and how to save a dollar.

The writer of this proverb says those who spend whatever they get are foolish. We can add they also throw away whatever they don’t eat instead of saving the leftovers for another meal, which would save money. I’m often amazed, when eating at restaurants, at how much food customers waste. I’m also convicted when I see how much my family sometimes dumps into the trash.

Being thrifty requires effort and takes planning. I must think about what goes into the recycling bin. It’s easier to dump everything into the trash can, but that doesn’t help the environment. And rolling our recycle can to the far end of the subdivision requires more effort than just placing the trash can across the street.

Being thrifty necessitates wisdom from God—and requires trusting Him for the less we’ll use. But doing so also better preserves the earth He’s created and helps our budget. When we live with less, it will always give us more in the end.

Think of several ways you could better use and conserve the resources God has given you.

Prayer: Father, help us to use wisely what You entrust to us.

Tweetable: How thrifty are you?