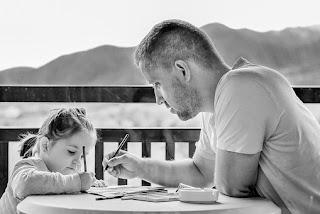 He (Elisha) struck the water with Elijah’s cloak and cried out, “Where is the Lord, the God of Elijah?” Then the river divided, and Elisha went across. 2 Kings 2:14 NLT

So far, each generation has passed the mantle.

My paternal grandfather took the mantle from his mother. If I remember his stories correctly, I don’t know that his father had much of a mantle to pass. But I never knew him, so I cannot say for sure. My great-grandmother, I did know. She was a godly woman who passed on her faith to my grandfather.

I never knew my great-grandparents on my mother’s side of the family. Religious life differed a little for my maternal grandparents, although both dedicated themselves to the church. They passed their mantle of faith to my mother. Then she married Dad, who already had a stable faith mantle in place.

Now the mantle has been passed to me and my two brothers. We have all married godly women and have children—and grandchildren—of our own. We attempt to pass the faith mantle to them, hoping they will pass it to their children and that the mantle will continue to pass long after we’ve left this earth.

For Elisha, Elijah’s mantle or cloak represented his identity and what he had. Elijah was a prophet whom God used in tremendous ways. As his follower, Elisha wanted the same relationship Elijah had with God, along with his power to perform miracles and deliver heaven-moving messages. Elijah told Elisha if he saw him taken into heaven, then the mantle had been passed. Elisha saw, but wanted to test Elijah’s words. Sure enough, when he struck the water with Elijah’s cloak, the waters parted. He had the mantle.

We can’t literally give our faith mantles to our children and grandchildren, but we can share our beliefs and hope they accept them. It’s a personal decision they must make—one we can’t make for them, as much as we might want to.

Sometimes, our family members don’t take the mantle. All we can do is pray for them and live a consistent example before them. God will do what we can’t by working on their hearts.

What our children and grandchildren do with the faith mantle is their responsibility. Ours is to pass the mantle.

Are you passing the faith mantle to your family?

Prayer: Father, help us to pass the faith mantle to our family.

Tweetable: Are you passing along your faith?