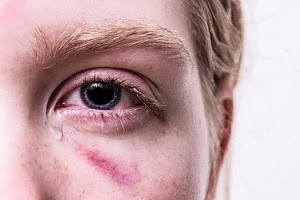 My suffering was good for me, for it taught me to pay attention to your decrees. Psalm 119:71 NLT

“How does it taste?”

When my wife cooks something, and I am the first to eat it, I must be careful how I answer that question. And she had. A long time had passed since she had cooked a pound cake—something she once specialized in. She had texted me a picture of it while I was at work, and I couldn’t wait to get home and taste a slice. After all, pound cake is my favorite.

After supper, as I relaxed in my recliner, she brought me a piece of her cake, let me taste a few bites, and then asked the question. Truthfully, the cake was a might tough, but how could I tell her without hurting her feelings. I knew her. Cakes that didn’t meet her expectations went into the trash can. I had watched many a tasty cake slide from the pan and into the garbage. Cakes I would gladly have eaten. I didn’t want the same thing to happen to my pound cake.

“What do you mean, okay?” she shot back.

“Well, you taste it and see what you think.” I wanted her to judge, not me.

Later, after she had finished her housework and sat down, she tasted a piece. “It’s tough,” she said.

Tough. The word I looked for but didn’t know how to say. Fortunately, she didn’t throw the cake away—at least not initially. I munched on a few pieces before the rest made its way into the trash can.

A few days later, not satisfied with her failure, she baked another one and texted me a picture. It stood beautifully on the cake place, but so did the other. When I got home, she proudly said, “Taste this one.” I did. No heaviness or toughness. Just right. My wife had failed her way to success. And I enjoy nothing better than seeing a smile cross her face when something she bakes turns out the way she wants.

In some strange way, the psalmist said his sufferings—the failures of life—brought advantages for him. They made him pay closer attention to God’s principles and commands.

Failure is only failure if we don’t try again or if we define ourselves by one mess up. Dad often reminded me of a familiar saying: “If at first, you don’t succeed, try and try again.” Good advice. Advice I’ve taken. Advice my wife has taken also when it comes to baking.

When failure or tough times come, introspection is always in order. Failure can come because we’ve sinned, because of sin in the world, because someone else has sinned, because we made an unwise decision, or because we’ve been stubborn and selfish. Knowing the reason behind the failure helps avoid the same mistake in the future.

God’s Word, as the psalmist said, provides just the advice we need for any and every situation. It gives encouragement for times of failure, and it gives principles that help us avoid failure in the first place. When we respond correctly to failure, success hides just around the corner.

Don’t let one failure define you.

Prayer: Father, thank You for guiding us through our failures so that we don’t lose hope.