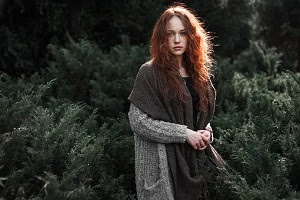 I called to you from the land of the dead, and Lord, you heard me! Jonah 2:2 NLT

When my stomach talks, I listen.

My stomach speaks to me often. When I wake up early in the morning, it’s talking. About two hours later, it speaks again. Then we carry on another conversation around 11:00 that morning. A couple of hours later, and we’re at it again. Then again around 6 p.m. And yes, before bedtime, it’s yelling again.

I once ate as often as my stomach talked. But that was when my youthful nature still reigned, and my metabolism ran in high gear. I could eat all I wanted—and as much of it—and not gain a pound. Not true any longer. I still hear my stomach speaking, but now I either ignore it for a few hours or fill it with some healthier food that won’t cause weight gain.

I’ve also learned through the years that filling my stomach with certain things has unwelcome consequences—gaining weight not included. I’ll either end up with a stomachache, or I’ll make several trips to the bathroom. Something I might not have time for, especially if I’m teaching a class at school.

Jonah discovered a little about the stomach too—the stomach of a big fish. Whether the fish was a whale or not doesn’t really matter. Whatever it was, it was large enough to swallow him. I don’t know what Jonah heard, smelled, or saw in the belly of that fish, but I do know he wanted to get out. Fortunately, God heard his cry of repentance and instructed the fish to vomit him up on dry land. Jonah then decided he’d do what God had instructed him to do to begin with: preach about judgment to the wicked Ninevites.

Life has a way of mimicking our stomachs when they’re empty. We hit rock bottom with no way to look but up. Maybe we are there because of bad decisions we made or because someone else made them for us. Like the gas needle on the car, we feel as if we only have a few miles to go before we’re out of fuel. Our stomachs are talking and we’re listening, but we don’t know where to turn.

Our answer is the same as Jonah’s: cry out to God. He knows where we are, how we got there, and where the answer lies. He will deliver if we ask. Looking for other stuff to make our stomachs stop growling won’t work. Only a close relationship with our Creator will do.

And when we ask, God will fill our stomachs with what really satisfies. They’ll stop growling for the wrong things. And God will instruct them to vomit us out onto a clean fresh beachfront where life will deliver the peace He wants us to enjoy.

If you’re empty, turn to the stomach filler.

Prayer: Father, may we fill our stomachs with things that honor You.

Tweetable: Are you running on empty?