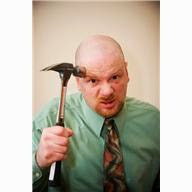 Get rid of all bitterness, rage, anger, harsh words, and slander, as well as all types of evil behavior. Instead, be kind to each other, tenderhearted, forgiving one another, just as God through Christ has forgiven you. Ephesians 4:31–32 NLT

Being negative is one of the worst things we can do to our bodies.

Our bodies release a hormone that will make us negative. And this negativity can spread like wildfire.

The Israelites had this same problem. God told them to wander and live in the desert because of their disobedience. Some of them were negative, They wanted to return to bondage in Egypt. When they finally reached the Promised Land, their leader, Moses, sent twelve spies to scout out the land. When finished, the spies brought back a mixed report. Ten said they could not defeat Canaan. However, two of them, Joshua and Caleb, said that with God, they could defeat their enemies.

We should imitate Joshua and Caleb. The world needs more positive people to spread positivity.

Think of several people to whom you can spread positivity.

Prayer: Father, help us spread positivity to others.

Tweetable: Are you spreading positivity?

Thomas Brown is a sixth-grader at Greenwood Christian School. He has a brother and a dog named Lucy. He has lived in Abbeville all his life and hopes to one day go to Alaska.