More to Do - Martin Wiles 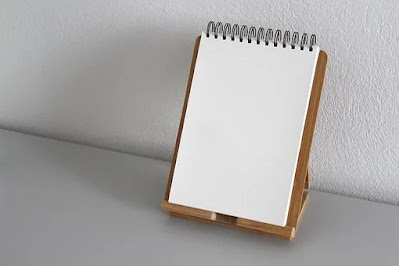 When Joshua was an old man, the Lord said to him, “You are growing old, and much land remains to be conquered. Joshua 13:1 NLT

When Dad sat on the button Mom hollered.

No button existed, and Mom didn’t scream. But it appeared every time Dad sat in his recliner, an alarm sounded in Mom’s head. No sooner had he sat, than we’d hear, “Buddy, can you …?”

When Dad retired, Mom’s honey-do list lengthened. She still worked, Dad didn’t, so Mom thought he had even more time to do things around the house. So, she left the list. Even if he finished it while she was at work, she’d find more for him to do when she came home.

After Dad died and Mom later remarried, her new husband inherited the honey-do list. My stepfather doesn’t sit in a recliner with a button. Rather, he steps on the button by just standing around. Mom hates idleness. Granted, she’s not lazy herself and works hard in her yard and in the house, but she seems never to know when to stop.

I often ask Mom, “How can you find so much to do in the yard. I don’t see anything to do.” She replied, “Oh, yes there is.” And off she rattles her more-to-do list.

By the time Joshua led the Israelites into the Promised Land, helped them fight the inhabitants, and allotted the land to the various tribes, he had become an old man. But there was still more to do. Some of the inhabitants were stubborn, fought fiercely, and didn’t want to leave their land. Even in his old age, Joshua had more to do.

Jesus left a command for His followers before He ascended back into heaven: Go into all the world with My message of love. Despite our advancements in technology—which makes this job easier—there are still thousands of people who’ve never heard the good news of the gospel, and still more who have heard but need to hear again because they didn’t believe the first time.

God doesn’t want us to retire from His work, regardless of how old we get. We can always do more. Maybe not as much—or with the same fortitude—but something. If nothing else, we can pray for those who don’t know Christ.

Age is relative, and modern medicine and techniques make it possible for many to have a higher quality of living at a later age in life. God wants us to use those years wisely in His Kingdom work.

Put some things on your more-to-do list, no matter what your age is.

Prayer: Father, help us see the more-to-do things You want us to do.

Tweetable: What are you finding to do for God?