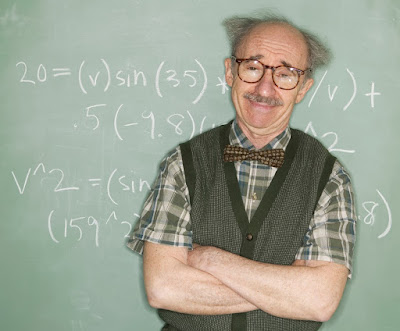 You must have the same attitude that Christ Jesus had. Philippians 2:5 NLT

The sound pierced the early morning silence of my classroom.

As a teacher, arriving at school early provides the only quiet time of the day, so I take advantage of the silent moments until the students begin arriving thirty minutes ahead of time.

But one day, a blaring announcement from our marketing manager disturbed that silence: “Attention, students. I’ll be making a clean sweep this morning and removing any extras I see. We have tours this morning, so make sure you clean up around your lockers.”

Our manager takes her job seriously, so making a good first impression is important. Following her announcement, I heard several elementary students talking outside of my room. One immediately began cleaning her locker out—not just around it as the announcement had instructed. Not only did she clean her locker out, but she instructed all other students who arrived to do the same.

I teach middle school students, and I wondered if their reaction would be the same. I knew better. Their attitude would be more like, “Yeah, whatever. Throw my stuff away. Less I have to clean up.” Or, “Let someone else pick up that clutter.”

Attitude determines action. Paul instructed us to have the same attitude as Christ. Though He was God, he did not let that prevent Him from coming to earth and dying a criminal’s death on a cross for humanity.

Three attitudes are worth adopting—and will make a huge difference in our resulting actions. One is putting others ahead of self. Jesus did. Had He not, we would have died for our sins and spent an eternity in hell. During His early ministry, He did the same. The needs of others occupied His time.

The second attitude involves serving. Jesus served others more than He did Himself. Feeding, healing, teaching. All things He spent His days doing.

The third attitude entails sacrifice. Instead of letting us pay for our sins, God let Jesus do it. He sacrificed in death, but also in life.

God wants us to love Him supremely and others as ourselves. When we do, we won’t have a problem serving and sacrificing for others, the world will be a better place, and we’ll live more fulfilling lives.

Think of at least one act of service you can perform for someone else.

Prayer: Father, let your attitude be like that of Christ’s.

Tweetable: What are your attitudes and actions?