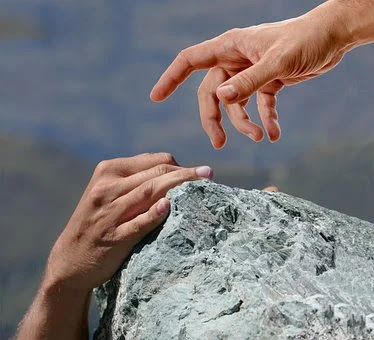 So the next morning Balaam got up, saddled his donkey, and started off with the Moabite officials. Numbers 22:21 NLT

One planned to start; the other intended to stop.

As we went around the Sunday school room taking prayer requests, one gentleman told of a health condition that would require him to see a new doctor, whom he named. Another gentleman piped up and said he was going to turn that same doctor loose.

“He told me to stop smoking and cursing and to give up my liquor.”

Another said, “He might as well have told you to find a wife.”

The class erupted in laughter. We knew both were kidding, but the conversation was humorous just the same—especially in a Sunday school class filled with senior adults.

Starts and stops fill our lives. They did Balaam’s. He was a false prophet hired by the king of Moab to curse the Israelites whom he had witnessed defeat his neighbors. He feared he and his people were next on the list. Initially, Balaam refused the king of Moab’s request, but later God told him to go. The problem wasn’t with the starting, but with the mindset he started with.

What Balaam needed was to stop disobeying and start obeying. God allowed him to go, but he wanted him to go with God’s message, not the one the king of Moab wanted him to deliver. God never indulges our disobedience, and it always brings His discipline. Like a good parent, God disciplines because He loves us and wants us to get back on track.

Balaam also needed to listen to God’s plan, not the king of Moab’s. The king wanted Balaam to curse Israel, thinking this would help him defeat them in battle. God wanted Balaam to bless Israel—because God had plans to bring them into the Promised Land.

God’s plan is always best, and the only way we can enjoy life to the fullest is to love God and obey His plan for our life. Starting with anything less will eventually stop us in our tracks.

Start with obedience, and you will stop with God’s blessings.

Prayer: Father, we humbly ask You to stop us when we are going in the wrong direction.

Tweetable: Do you feel as if you are stopping more than starting?