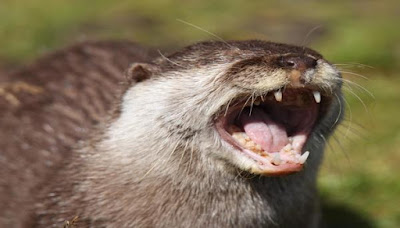 Their voices rose in a great chorus of protest against Moses and Aaron. "If only we had died in Egypt, or even here in the wilderness!" they complained. Number 14:2 NLT

They were at it again.

Growing up as a preacher’s kid, I’d thought I’d heard it all—until I became one myself. People who complained that Dad preached too long, or not long enough. People who claimed to be his friend yet complained about him behind his back. People who wanted him to resign but chose to grumble instead of approach the proper authorities with their gripes.

My journey as a minister wasn’t any different. I heard some of the same complaints made against me—plus dealt with others. Individuals who couldn’t get along complained about everything the other did and wanted me to fix the problem. Complaints because I had a toilet repaired without going through the proper channels. Too many changes. Not enough changes. Music too loud. The wrong type of music. Money spent on the wrong things … according to their way of thinking.

Of course, I’m not perfect. I’ve complained more than a few times about things I should have kept quiet about. Moses did too. He complained about the complainers. The millions who fussed because they were tired of the manna God fed them in the wilderness. They didn’t have the various foods as they did in Egypt (Even though in Egypt they were slaves.). Not enough water. And the Promised Land that God led them to? Sure, it was a land of milk of honey, but giants inhabited it, and the cities were walled. Complaints, complaints, complaints. Millions of them.

God’s blessings often come in a different way than I imagine. When I complain, it blinds me to the blessings—and can even cause me to miss out on receiving them. The Israelites needed food and water but complained when they had to eat the same food day after day. They also didn’t expect water to flow from rocks.

Complaining demonstrates a lack of thankfulness for God’s provision—in whatever form it comes. I should give thanks in all circumstances because God controls them, and He always acts out of love and for my benefit. Complaining shows I don’t trust Him to meet my needs in the way He chooses.

Complaining also runs off friends. No one enjoys being around someone who complains all the time.

Let God teach you to look on the bright side. Rather than complaining, thank Him in all circumstances. You’ll be amazed at how your life changes.

Tweetable: Are complainers ruining your life?

Prayer: Father, create in us thankful spirits so there will be no room for complaining spirits.