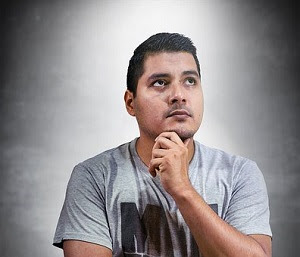 What appeared uncontrolled someone controlled.

Dusk descended on our campsite as my wife and I enjoyed the third of our four-day camping trip. As she stood before our one-burner stove popping popcorn, she asked, “Is that a fire on the other side of the lake?”

I had seen what she saw, but thought it was lights from houses on the mountainside. It wasn’t. I walked to the lakeshore to get a better look. Sure enough, fire ascended and descended up several mountainsides. The site shed a beauty I’d never seen against the dusk-dark sky.

Then a hint of fear grabbed me. I know the damage wildfires can do. Although this burned on the other side of the lake, I wondered if it was headed our way. After taking a few pictures, I started back to our campsite. My wife had good news. A fellow camper reassured her the fire was a controlled burn. He even told her how to know.

Controlled burns burn in a straight line. Wildfires rage in jagged patterns, rising to enormous heights and entering and exiting every nook and cranny. When I looked at the fire, I saw what the fellow camper said about the fire. Our fears disappeared, and we enjoyed looking at what we before had feared.

Sometimes I mistake a controlled burn for a wildfire in other areas. Listening to the news on television or some other media source usually does the trick. Corrupt political leaders. Governments divided and out of control. Crime escalating. Abuse rising. Fathers leaving. Marriages dissolving. Kids rebelling. World climate rising. The environment changing. But then I read this and other verses that assure me God’s doing a controlled burn.

God possesses a perfect and permissive will. Many things that occur in this world and in people’s lives fall under His permissive rather than His perfect will. But even those things He controls and can bring good from. Such as persecution against Christianity. Instead of stamping out Christianity, persecution has a historical record of causing it to explode.

The same is true in our personal lives. When things appear out of control like a raging wildfire, they aren’t. God is performing a controlled burn. All we must do is cooperate and trust until it burns to the point where He puts it out.

Don’t fear the fires that appear out of control. God is executing a controlled burn.

Tweetable: Does your life seem out of control?

Prayer: Father, we trust You to bring and allow things into our lives that will grow us spiritually and form us more into Your image.