Not the Boss - Martin Wiles 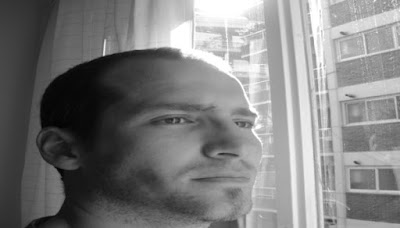 But now your kingdom must end, for the Lord has sought out a man after his own heart. The Lord has already appointed him to be the leader of his people, because you have not kept the Lord’s command. 1 Samuel 13:14 NLT

“You’re not the boss,” he announced proudly.

I watched as two of my grandboys played a made-up sleeping game. Each lay in their respective chair and pretended to sleep. At a certain moment, the oldest would get up and tell the other to wake up. Then they would switch chairs and repeat the process.
But on one occasion, the youngest awoke first, got up, and told the oldest to wake up. That’s when the oldest informed the youngest that he wasn’t the boss.

Without knowing it—because they’re too young—my grandsons hit on humanity’s bane: playing the boss instead of letting God be.

King Saul had the same issue. Kings didn’t make sacrifices. Prophets and priests performed this duty. The prophet Samuel had told Saul to wait for him to make a sacrifice. Yet, as Saul waited, his army of men became fearful. Their enemies the Philistines gathered for battle. Seeing some of his men running away, Saul decided to make the sacrifice. When Samuel showed up, he informed Saul he wasn’t the boss. God was. Saul’s actions forfeited his role as king.

As the boss, God has established rules and principles. Whether or not I agree with them is immaterial. God put them in place for our good, and obeying them leads to life at its best. God’s principles and commands have purpose. They keep us on the paths of righteousness and away from sinful decisions that ruin our lives. Saul learned this the hard way.

Letting God exercise His position as boss of our lives requires patience. Saul’s ran out, and disobedience crept in. Which is what happens when I don’t let God have His role. Being still and knowing He’s God means waiting. Patience is a virtue, but one it takes time to learn.

Trying to be my own boss demonstrates my foolishness, as it did when Adam and Eve chose to do the one thing God had told them not to do: eat the fruit. Wisdom adorns God’s rule. Learning—and believing that—makes life easier.

Refusing to let God be the boss also ushers in consequences. Saul lost the kingship. For us, the consequences vary as much as the sin we commit or the rebellion we exhibit. But they come as God’s teacher.

God is the boss. Let Him be in your life.

Tweetable: Who's your boss?

Prayer: Father, we entrust our lives to You, knowing You know what’s best for us.