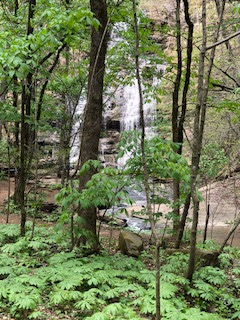 Look, God is greater than we can understand. His years cannot be counted. Job 36:26 NLT
“But they don’t have mouths. How can they drink?”
An intelligent question from my four-year-old grandson. I was teaching him lessons about growing flowers and a garden by letting him plant a flower and vegetable garden in our backyard. I dug the holes; he dropped the seeds.
As each flower and vegetable came up, I explained what they were called, what they would produce, and how they would produce it. When the squash bloomed, I showed him where the squash would grow. I explained how the corn would produce ears.
One day as I was watering the flowers, he asked what I was doing. “Giving the flowers something to drink. They get thirsty just as you do,” I said.
“But they don’t have mouths,” he insightfully replied.
I took the opportunity to explain how flowers and plants drink: through their roots and some through their leaves. My answer satisfied him. He had learned something else he hadn’t previously understood.
Job had many things he didn’t understand, among them why God was allowing a whole list of bad things to come into his life. Although he continued to trust God, the trials didn’t seem to match what He thought about God. And what’s worse, God never explained. I’ve never faced the type of trials Job did, but I’ve had my share and I’ve also had my share of fail-to-understand episodes.
Remembering God is sovereign helps me persevere. In my grandson’s eyes, I probably am too—though he has no idea what the word means. Job refused to curse God, as his wife told him too, and chose to believe God was in control.
As my sovereign guide, God’s ways are higher than mine—and often beyond my ability to understand. This should call forth greater faith in me, as it did Job, rather than cause me to lose faith in Him.
God operates in a realm I’ve never entered—nor can I understand it. I live in time; He doesn’t. Though outside of time, He created time, created me in time, and often operates in time with me. Job chose to continue worshiping God even though he lacked understanding. He believed God was working for his good—although it appeared otherwise.
Job’s response to his lack of understanding should be ours. When you can’t understand God’s actions, trust that He loves you and has your best in mind.
Tweetable: Do you believe even though you don't understand?


Prayer: Father, when we can’t see Your hand, help us to trust Your heart.