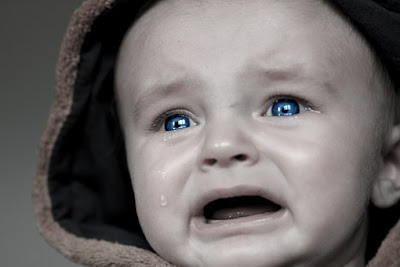 I will boast only in the Lord. Psalm 34:2
He loves nothing better than tattling on someone else.
Though not quite two, my second grandson has already learned the tattletale game. Recently, as I hugged him and his brother goodbye, my bracelet lightly scratched his head. He made a dramatic moment of the ordeal, cried, and rubbed his head. About the same time, my wife walked in. He jumped from the couch, ran down the hall, pointed to his head, and said, “Pa.” He’s still struggling with words, so Meme was left to figure out his complaint. I saved her the trouble by confessing.
His favorite person to tattle on is his brother who is two years older. Sometimes, he has reason to tattle because his big brother aggravates him. Although he is learning to defend himself, he still loves to cry and say, “Bubba.” Then we have to decipher what Bubba did.
When I was young, I was taught not to be a tattletale. No one liked them. Sometimes they get beat up. At the very least, they are disliked and avoided by their peers. The tattlers I knew were either teachers’ pets or kids spoiled by their parents. “Grin and bear it” was the code I lived by. I’m sure my grandson will learn that soon enough when he starts school. If not, his peers will clue him in.
God, on the others hand, loves a tattletale, and the psalmist was one. Tattletales tattle tales. This doesn’t mean the tales are untrue. Most of the time, they are probably true—just better left unsaid. But not when it comes to tattling about God.
Jesus later instructed His followers to do what the psalmist instructed, yet with a different symbol: be the salt and light of the world. I can’t be either without a little tattling. Just as tattling on someone might result in my bodily harm, so tattling about God will often lead to persecution of some type. It goes with the territory.
As a believer, tattling is my responsibility. People may doubt God, but they can’t argue with my eyewitness account of what He has done and does in my life. When my tattling results in others changing their ways, I help them escape eternal punishment, grow spiritually, and transform into the person God wants them to be.
Go ahead and tattle on God. You won’t regret you did.
Tweetable: Are you a tattletale ... to God?


Prayer: Father, give us the desire to tattle to the world about who You are and what You’ve done.