Faith for the Future - Martin Wiles 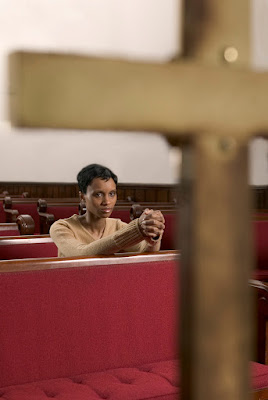 Faith is the confidence that what we hope for will actually happen; it gives us assurance about things we cannot see. Hebrews 11:1 NLT

Fred wasn’t a business major in college, but something one of his professors said made perfect business sense: “If your outgo is greater than your income, your upkeep will be your downfall.” Fred and Jenny’s journey through four years of college with children in tow wasn’t easy.

Though Fred was receiving federal grants that covered most of his tuition, dialing living expenses were expensive. He worked part-time on campus, and Jenny worked a full-time job at a local day care center.

Fred quickly discovered he and Jenny would have to live by faith. And they did. They did their part and depended on God to do his. As they lived by faith and followed God’s plan, God saw that the bills were paid, the groceries bought, and their other daily needs met. The outgo was greater than the income, but faith supplied the difference.

As he struggled with readers who were considering working for their salvation, the writer reminds them God’s acceptance is based solely on faith—and not simply an “I hope…,” but an “I know….” Confident assurance.

Like Fred and Jenny, a number of my years have been lived with greater outgo than income. Not necessarily because of unwise decisions—although there’s been a few of those, but because of economic conditions and other’s decisions that have affected me. By faith, I’ve trusted God to keep his promise he’ll take care of me…and he hasn’t disappointed me.

My greatest expression of faith, however, concerns the future not the present. It involves the hope that what he’s promised will come true. He has promised forgiveness of all my sins, and I believe him. No condemnation awaits me. He’s promised me an eternal home free of sin and its incorrigible effects, and I believe that too.

God's also assured me of a new heaven and earth, restored to the condition of the original one. I’m anticipating that as well.

Do you have faith in your future?

Prayer: Father, thank You for the future hope we have through Jesus Christ our Lord.

Encouraging Tweet: Trust God's promise to take care of you, and you won't be disappointed.

Help us spread God's encouragement through his love lines. Share this devotion with a friend.
at July 23, 2015