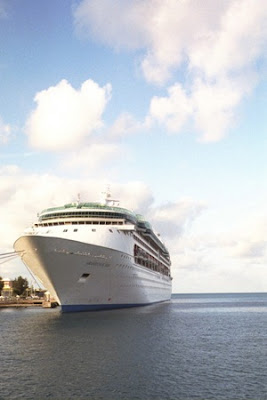 Therefore he is able, once and forever, to save those who come to God through him. He lives forever to intercede with God on their behalf. Hebrews 7:25 NLT

The RMS Titanic departed Southampton on April 10, 1912. After visiting France and Ireland, she headed for New York. Four days after leaving, however, disaster struck when the ship hit an iceberg. The ship’s hull plates buckled inward causing five water compartments to open to the sea’s fury. Mostly women and children were loaded into only half-filled lifeboats. Within two hours of her foundering, the RMS Carpathia arrived and rescued an estimated 705 people. But the salvation of the Titanic’s passengers and crew was only partial. More than 1,500 people died in one of the deadliest peacetime maritime disasters in modern history.

Living under the Old Covenant was taxing. Keeping up with the types of sacrifices, how often to bring them, and which type to offer for a particular sin or ceremony must have seemed like a full-time job for worshipers. Along with the laundry list was a creeping feeling that the efforts were all in vain. The sacrifices only temporarily saved the worshiper from experiencing the consequences of their sins. They couldn’t save them completely or make intercession for them when they sinned again—which was inevitable.

What the Carpathia and Old Testament sacrifices couldn’t do, Christ accomplished. He saved me completely from the penalty of my sins by assuming them himself on Calvary’s cross. What he’s paid for, I’m released from. God doesn’t exact punishment twice. In turn, he saves me from guilt. What I’ve been forgiven for I don’t have to feel guilty about. False guilt arises from Satan not God. Additionally, fear is no longer my bedfellow. Perfect love—which I’ve received, casts out all fear. I’m no longer under condemnation. Jesus now sits at the right hand of the Father making perpetual intercession for me. Most wonderfully, I’ve been saved completely for eternity. My eternal home is set in stone—gold.

Who or what are you trusting in for salvation?

Prayer: Father, thank You for the hope You’ve given us in Christ.
(Photo courtesy of morguefile and msmediadesign.)

Help us spread God's encouragement through his love lines. Share this devotion with a friend.
at June 11, 2015