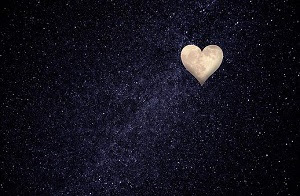 Now the Lord had arranged for a great fish to swallow Jonah. And Jonah was inside the fish for three days and three nights. Jonah 1:17 NLT

He heard the fright in his voice.

My brother once hunted deer avidly. When his oldest son reached a certain age, my brother wanted to pass his love for hunting along to his son, so he took him deer hunting with him. The first year, he sat next to his son as they waited for the deer. But the second year, he sat him in a spot by himself. My brother walked a little distance away—out of sight but not out of hearing.

My brother typically stayed in his spot until darkness enveloped the land behind his house, but knowing he would have to walk to his son, he left a little earlier. As soon as he stood to leave, two does appeared. Not wanting to spook them, he waited until they grazed a little and then moved on.

By this time, pitch-black darkness covered the land. He heard the screech owls yelling and the coyotes yapping. Both eerie sounds, but ones he was accustomed to. He also heard his son cry out, “Dad!” Disregarding his fear that he might run up on coyotes, my brother hurriedly made his way to his son with reckless abandon. Nothing mattered but getting to his frightened son.

God did the same with the disobedient prophet, Jonah. He had commanded Jonah to go to Nineveh and tell the people that judgment was on the way because of their wickedness. But Jonah didn’t care for the Ninevites and chose to go in the opposite direction. God pursued him with reckless abandon, too, but at the moment, God’s chasing included discipline for disobedience—discipline that came in the form of a large fish.

God loves because His nature demands it. He can do no less. If He didn’t, He would cease to be God. If we choose to run from Him in disobedience or disbelief, He will pursue us with reckless abandon, hoping to turn us from our wayward course. This discipline erupts from His love. If He didn’t love, He wouldn’t care what we did.

God loved Jonah, the Ninevites, and the world. So much so that He sent His Son to pay our sin debt, and so much so that once we belong to Him He continues to pursue us with reckless abandon. He wants us to have the best in life, which comes from obeying His plan. Doing our own thing represents our disdain for Him. Calling out to Him, as my nephew did to my brother, demonstrates our willingness to let Him love us to the fullest extent.

In our heartaches and sorrows, God pursues us. When life throws everything it has against us, God chases us. When we don’t know which way to go or what decision to make, God recklessly—but with purpose—pursues us with His love and direction.

When you find yourself running from God, turn around and accept His reckless love.

Prayer: Father, thank You for Your love that won’t let You leave us alone.