If Everyone Else Does - Martin Wiles 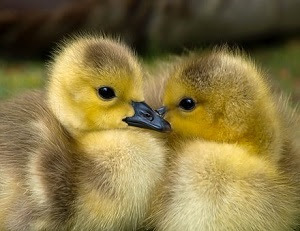 You must not follow the crowd in doing wrong. Exodus 23:2 NLT

“If your friends jumped off of a bridge, would you too?”

Along with a host of other things my parents—Dad especially—told me when I was growing up, this was one of them. I don’t know whether he had an inkling I would go wrong when I became a teenager or whether he attempted to give me a solid spiritual foundation so I wouldn’t. Probably both.

When he first shared this saying with me, I don’t recall having friends who might do the wrong thing and then invite me to follow. But they came quickly enough. Dad had in mind smoking, cursing, carousing, drinking, and doing drugs. Sure enough, I followed suit when most of my friends did those things, but this following the crowd thing can be a little more practical.

My wife and I looked forward to our three-day getaway in the Great Smokey Mountains. Everything went according to plans, and we arrived at out hotel for early check-in. After unloading our gear, we rode through Pigeon Forge, Tennessee—a favorite place but one we hadn’t visited in some time.

Several hours later, we returned to our room to nap and wait for my brother and sister-in-law to arrive. The only problem? Our room key card suddenly didn’t work. The attendant made us more, claiming we must have accidentally deactivated them. Those didn’t work either. She tried the master key. Nothing. She called maintenance, who tried another way to enter. Still nothing. She called the owner, who brought a sledgehammer. Still nothing.

By this time, we had stood in the cool mountain air for one and a half hours. Finally, they gave us a new room, but our belongings were inaccessible. My wife bragged about how I had not lost my cool, but I could feel the heat festering inside. Thirty minutes later, they called our new room to let us know the locksmith had gotten into our old room.

In a similar scenario, many would have lost their cool, fussed out somebody, and, in the process, set a bad example. Dad’s saying came to mind—as did the verse where God told His people not to follow the crowd. God knew their tendencies—and also knew the type of people whom they lived around. The kind of people my dad had warned me against.

My wife always jokes that drama follows me—and it does—but I’m inclined to think God sends or allows it so He can teach me to choose not to follow the crowd. Believing in God’s sovereignty and providence forces me to trust what He sends into my life as having purpose and meaning.

I have to plan ahead to stand apart from the crowd. Although I couldn’t prepare for our locked-out-of-the-room experience, I could prepare for times that would test my patience. I could determine a plan of action for how I would act when a patience-testing episode came along.

God designs the trials to grow us spiritually. When we respond correctly, growth happens, we become more of the people He wants us to be, and we set an excellent example in the process.

Determine ahead of time that you won’t follow the crowd when the crowd is traveling in the wrong direction.

Prayer: Father, give us the courage to go against the grain when the grain involves disobedience.

Tweetable: If everyone else does, will you?