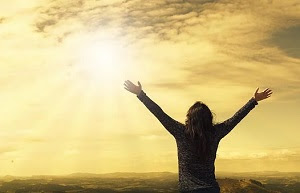 Whoever wants to be first must take last place and be the servant of everyone else. Mark 9:35 NLT

With a smirky smile, he looked at us and said, “We’ve been waiting in line too.”

My family and I were attending a Christian concert. A desk for ticket pick-up was in the center of the entrance hallway. Crowds of people who had their tickets mulled around with seemingly no organization. We made our way to the desk and then through the line—trying to get to a table where my mother could sit until the doors opened.

As we passed one gentleman—who obviously thought we were trying to get ahead of him—he reminded us we needed to wait in line as he was doing. I had no time to rebuke his “Christian” attitude; I simply kept moving. But when the doors opened and the people poured in, I made sure he observed me staying behind him. I wasn’t about to break Jesus’ last-first rule.

Even Jesus’ closest followers had trouble with the last-first rule. As the little band of disciples made their way to Capernaum, they discussed which of them was the greatest. When they had settled in the house where they would stay, Jesus confronted their prideful attitudes.

Pride is one of Satan’s greatest temptations. Eve had a dose of it when she thought she knew better than God about eating forbidden fruit. Thousands of years later, I frequently think the same thing. By observing my world, I perceive many others do as well. Unfortunately, this jostling of who’s the greatest is even found among God’s people as it was with the disciples.

The Bible says humility is the better quality.

In Christ, we can do all things. We’re masterpieces in the making, but the key is “in Christ.” When we humble ourselves before him, he will exalt us at the right time and the right place.

How can you rebuke pride in your life and observe Jesus’ first-last principle?

Prayer: Father, enable us to humble ourselves before You and others.

Tweetable: Are you following the last-first rule?