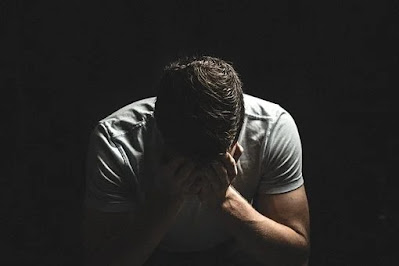 How great is the love the Father has lavished on us, that we should be called children of God! 1 John 3:1 NIV

It was the summer of 1985, and I had moved to France to finish my degree.

I was excited and homesick. I remember that first letter from my dad. A dialogue on the weather and his latest home repair. Fortunately for both of us, this was 1985, the season his beloved Chicago Bears would go to the Super Bowl. His letters became a record of that season, play by play, player by player, and my love of the game was born.

Some twenty-five years later, my son had started to play high school ball and my daddy and I were thrilled. It was game day.

Typically, my daughter played with her new football friends, but today was not typical. She started to fuss, a lot. We headed for a hotdog. I bribed her with cotton candy. Lily was having none of it. Somewhere in the heavens, Lily’s grandmother, my mother, smiled. At five years old, Lily was having a conniption, but I was an NFL pro at these. Absolutely nothing she did worked.

Desperate, I looked down the field for a place Lily might want to go. I spotted it, the port-a-potty. Lily loves those, and indeed, although still wailing, she agreed she had to potty. In private, I reminded Lily her behavior was unacceptable. It was football after all. She did not care. I was helpless.

Then it happened. A woman saw us as we left the port-a-potty, and, sounding exactly like Mary Poppins, said “So you don’t like football?” I looked at the woman in disbelief and then looked at Lily. She was shaking her head, no. It occurred to me that Lily had not yet been to college, nor had I written her letters about the Chicago Bears. How could she like football? Lily went on to tell Mary Poppins about ballet and school. My sweet little girl was back.

Over and over in the Word, God calls us His children. He gently reminds us we are held, and at our worst, He still loves and holds us. It is okay to be honest . . . to have a conniption now and then, He can absolutely handle and heal our hurting hearts.

How has God comforted you during your conniptions?

Tweetable: Are you having conniptions?

Cathy is a writer, teacher, and entrepreneur. She met her husband Brian while studying in Paris, France. They make their home in Geneva, IL, with their four children and their daughter-in-love. She loves writing about the wonder and whimsy of life and her love for Jesus. Her first book is Destination: Fierce. You can learn more about Cathy at www.cathyjoyhill.com.