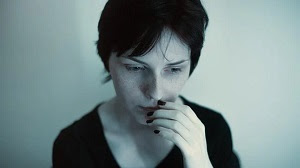 Welcome to Walk-on Wednesday. By Hump Day, we are struggling, but we believe a good devotion can strengthen us to finish the week strong.

But now Jesus, our High Priest, has been given a ministry that is far superior to the old priesthood, for he is the one who mediates for us a far better covenant with God. Hebrews 8:6 NLT

Imagine how it would feel to be transported back in time.

In Charles Dickens’ A Christmas Carol, this happens when the ghost of Christmas past transports Ebenezer Scrooge back to his young adult years. Presently, he had all the money he wanted, but no happiness. She showed him what might have been his had he chosen a different route.

The ghost permits Scrooge to view his first love. His mad pursuit of wealth, however, had led to their break-up. She released him to pursue the life he had chosen and wished him happiness. The ghost then revealed what might have been his: a house full of children nestled around his lost love. Scrooge chose what he assumed was the better way but discovered disappointment and loneliness instead.

First-century citizens struggled with either accepting the new covenant Jesus had established through his death and resurrection or clinging to what they had known previously: a life of rules and regulations. Jesus offered a better way.

Some decisions are tough. The advantages and disadvantages appear equal. The ultimate decision we must make is what we believe about eternity. If we choose to believe there is one that involves either punishment or rewards, we’ll likely choose the latter.

But how do we get there? Is it by obeying rules and regulations as those in the Old Testament did? Is it by working diligently to make sure our good deeds outweigh the bad? Or is it simply by accepting what God offers?

Jesus’ new covenant is starkly different from the old. Whereas the old was limited in scope, the new is open to anyone who wants to accept it. Guilt was never eliminated under the old, but under the new, we can be freed from a guilty conscience. Under the old, millions of sacrifices were required. Under the new, all God desires are our sacrifices of praise and obedience. When we compare the two, the new certainly appears to be the better way.

What way have you chosen to get to God?

Prayer: Father, we praise You for offering a better way to You through Jesus Christ.

Tweetable: What way have you chosen to get to God?