When the Battery Dies - Martin Wiles 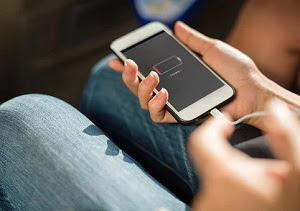 But Paul said to the commanding officer and the soldiers, “You will all die unless the sailors stay aboard.” Acts 27:31 NLT

Around our house, a dead battery on a computer, iPhone, or iPad is a major disaster.

Although we didn't let our two grandsons who stayed with us five days each week remain on their devices continually, we did allow them several hours each day. In fact, getting on their devices was the first thing they wanted to do when they arrived each evening after school.

If my wife or I had forgotten to charge the devices the night before, the scenery changed. Our grandsons’ moods changed drastically. In their little minds, they had planned to watch videos or play games as soon as they got to Meme and Pop’s house.

One morning during the summer when our grandsons arrived, one of the device’s batteries was dead, leaving only one device between the two of them. Instead of fussing, the younger grandson took his charged device and invited his older brother to sit beside him to watch videos. A rare moment of unity between them. Of course, it didn’t last long, but I saw what could happen when a battery dies.

At the moment, Paul’s dead battery included a hurricane, a group of sailors who wanted to steal the lifeboat and escape the sinking ship, and a group of soldiers who wanted to kill the prisoners so they wouldn’t escape when the ship sank. In the end, they all had to pull together to reach the island shore after the ship ran aground on a sandbar.

Sometimes, God takes things from us or allows a trial in our life to help us see what’s most significant. Paul was a prisoner and on his way to Rome to stand before the most important person in the known world: Caesar. He wanted to get there. Thus, the advice he gave to the officer and the soldiers. Our grandsons getting along was more important than the devices themselves.

Through trials, God helps us distinguish between wants and needs. Devices are wants, not needs. When God reduces our income or our possessions, we quickly learn how much we can do without. Chances are, we already have more than most people in the world.

When life’s batteries die, we also see how important relationships are. Hopefully, our grandsons discovered the lesson, and I’m sure the soldiers and sailors did, too. God created us for relationships with others and, most importantly, with Him. Things … unnecessary things … can promote or hinder our relationships.

When your battery dies, look for the lesson God wants to teach you.

Prayer: Father, show us through trials what the most important things in life are.

Tweetable: What have you learned from a dead battery?