Be Yourself - Martin Wiles 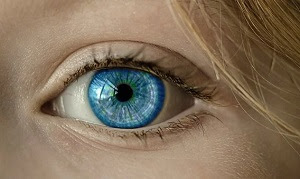 Then Saul gave David his own armor—a bronze helmet and a coat of mail. David put it on, strapped the sword over it, and took a step or two to see what it was like, for he had never worn such things before. “I can’t go in these,” he protested to Saul. “I’m not used to them.” So David took them off again. 1 Samuel 17:38-39 NLT

Who you was varied. As a youngster, I had the same heroes others did. Boys wanted to be doctors, lawyers, policemen, and firemen. Girls wanted to be mothers, nurses, and teachers. I suppose parents put these notions in their heads. These were honorable professions—and they paid decent money. Some boys also had sport’s participants as their heroes. A great basketball, football, or baseball player, even though statistically, very few who played sports then, or now, would ever make it to the big league.

I’m not sure the heroes have changed much, other than now girls can work in professions that once only boys could. And some boys choose professions that only women once occupied. Though still present, glass ceilings aren’t as steadfast as they once were.

Heroes are everywhere … and important for us to have—as long as wanting to mimic a person or work in a profession doesn’t take us away from reality or ourselves. It did for David, and he discovered doing so didn’t work.

When Goliath the giant emerged and taunted the Israelites and their God, David went to the king and told him he’d fight the pagan. As a shepherd boy, he had killed lions and bears. The king insisted that David put on his armor. David tried it on, but it didn’t fit. It wasn’t him. He knew only a robe, a staff, and a club. With his shepherd’s bag and a few stones, David took care of the giant.

God creates each of us uniquely. When we try to be someone else, we only discover failure and disappointment. Happiness, fulfillment, joy, and peace come from doing what God wants us to do, regardless of whether it fits society’s norm or fulfills the expectations of someone else—even our parents or grandparents.

Raising a child in the way they should go involves noticing their God-given talents and gifts and encouraging them to use them for God’s purposes. Finding our place in this world involves personal introspection of those gifts and talents. When we pray and seek direction from God, He’ll show us the right path.

Rather than listening to what others tell us to become, we should pay attention to God’s directives. Competition and jealousy are rife in our world, but doing what God wants us to do—and enjoying the journey He takes us on—brings satisfaction as nothing else can.

Don’t follow what others want you to become; be the person God created you to be.

Prayer: Father, guide us along the path You have appointed for us to travel.

Tweetable: What keeps you from being yourself?