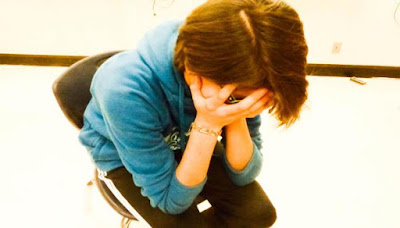 For it is not an enemy who reproaches me; Then I could bear it … But it was you, a man my equal, My companion and my acquaintance. Psalm 55:12-13 NKJV

The boss’s secretary summoned me to the boss’s office.

As I walked through the door, people—work cohorts—lined the wall. The boss invited me to sit and then spilled the accusation brought against me. An accusation made by a friend. A false accusation. The nature of the accusation didn’t shock me as much as the fact that this person had made it. We were good friends, helped each other almost daily, and kidded with each other regularly. Now, they had misinterpreted something I said.

I explained my statement, and they accepted my explanation, but the matter would go on my permanent record. I didn’t want that. It wasn’t fair that I should be labeled for something I didn’t do. My boss accompanied me to Human Resources where I fought to have the matter expunged from my record … and won.

Months passed before my friend and I treated each other as before. An air of caution surrounded me. Would this person betray me again? Could we have the same kind of friendship we’d had before? Eventually, the air cleared, but life had delivered me a nasty sting I’d not soon forget.

Life had stung David, too. By whom and how we don’t know. We could choose several episodes from his life, but the sting is not as important as how he handled it. Jesus knew the sting, too. Judas, one of His own disciples—one of the handpicked ones—betrayed Him to those who sought His death.

When stung by life, listening to the accusations—even when they’re false—has merit. Often, amid the lies, a kernel of truth exists. A lesson we can learn for future reference. Listening carefully also keeps us from overreacting, which often leads to anger and actions we’ll later regret.

I apologized to my accuser. Not for what I had said but for the fact that my statement had been misunderstood. We can never go wrong with the words, “I’m sorry.”

I also forgave and moved on. Forgiveness, in this case, was a process I worked through, which involved not dwelling on what had happened. In time, we restored our friendship.

Above all else, I gave the matter to God. He controlled it … and I needed to let Him. He had the power to do what I couldn’t.

When life stings you, forgive, give the matter to God, and move on.

Prayer: Father, we trust in You to move us forward when life stings us.

Tweetable: What do you do when life stings you?