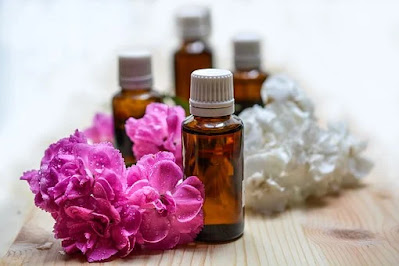 I felt the need to explain the smell to his teacher.

My daughter believes in essential oils. She burns them in her house, sprays them on herself and her two boys during mosquito season, and rubs them on all three of them when they come down with a sickness.

Spring had sprung, and so had the pollen count. As I opened my daughter’s car door to get her youngest child (He attends the school where I teach.), a pungent smell hit me.

“What in the world is that smell?” I asked. “It smells like insecticide.”

“Did you spray him with it?”

“Yes, for his stuffy nose,” she said.

I halfway held my breath as I walked him to my class. What would I tell his teacher? I had to say something. She’d think he hadn’t had a bath in a while—or had been playing in something he shouldn’t have. When I explained his smell, she laughed. Obviously, my grandson wasn’t the only one who’d been doused with smelly things.

Paul mentioned another type of smell—the one Christ-believers have, or at least should have. A fragrance that has two effects on people. Those who believe with us enjoy the fragrance, but those who refuse to believe can’t stand it. They may even persecute us because we smell as we do.

The fragrance has nothing to do with an actual smell, but concerns what people see in us. A smell they detect with their eyes. As they watch our actions, they pick up our odor. The odor of forgiveness. We don’t hold grudges or seek revenge when wronged. The smell of kindness. We go out of our way to help someone else, even when it means inconveniencing ourselves. We exhibit the smell of a giving nature. We open our hands when it would be easier to keep them tightly squeezed shut. We smell good to them by smelling the opposite of what they are accustomed to.

The world can be a terrible place. By exhibiting godly traits which are the opposite of the norm, we place a pleasant smell in the air that God will use to draw others to Himself.

What kind of smell are you putting off for those around you?

Prayer: Father, help us smell good to others. May they see You through our actions and attitudes.

Tweetable: What type of smell are you emitting?