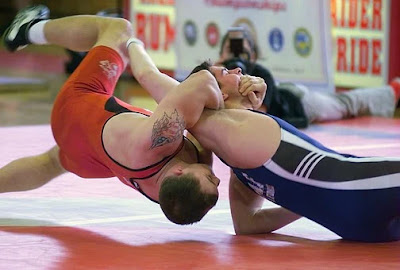 This left Jacob all alone in the camp, and a man came and wrestled with him until the dawn began to break. Genesis 32:24 NLT
As a young teen, wrestling captured his interest.
My youngest brother loved wrestling—not the kind done at school as a sport, but the kind done on television for entertainment. He knew the matches were rigged and the wrestlers—while capable of wrestling the sport way—were merely actors being paid to do what they did and say what they said. Yet, he loved the suspense and the action. And the rhetoric.
We cheered for the good guys and booed the bad guys. We followed our heroes on television and in magazines. Eventually, we watched them grow up and move on to other things or saw new guys come in and steal their place—and their popularity. Some wrestled and won, while others wrestled and lost most of the time. But all wrestled.
Jacob wrestled too. With God. His name, among other things, means supplanter or deceiver. And he lived up to it. He stole the family birthright from his brother, and, with his mother’s help, tricked his father into giving him—the youngest son—the family blessing.
After running from his brother’s death threat and spending some time in a foreign land, Jacob, at God’s command, returned home. On the way, he anticipated meeting his angry brother. What he didn’t bank on was wrestling with God. Jacob needed humbling … and focus. During the wrestling match, God dislocated Jacob’s hip. Jacob’s resulting limp reminded him of his position—and of God’s power.
I’ve had a few wrestling matches with God myself. Over why some things have happened in my life—or other’s lives. Over decisions I feel Him leading me to make that made no logical sense. The things life makes us deal with. Unwanted divorces. Financial crunches. Loss of jobs. Senseless deaths. Tragedies. Natural disasters.
In the midst of the wrestling matches, God knocks my hip out of joint just as He did Jacob’s. How I react to these matches proves my character. Do I really believe what I say I do about God—or not? Do I have faith in what the Bible says?
And just as a hip out of joint normally means having to use a walker or walking stick, so God designs the wrestling matches to teach us that we need to confess our pride and independence and instead take up dependence on Him. To acknowledge our helplessness without Him. When we’ve learned those things, then maybe … just maybe … God will let us up off the floor.
Don’t try to win your wrestling match with God. Just learn what He’s trying to teach you.
Prayer: Father, as we wrestle with You, teach us those things You desire that we learn.
Tweetable: Are you wrestling with God? 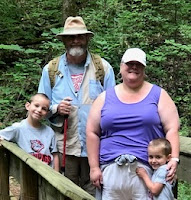