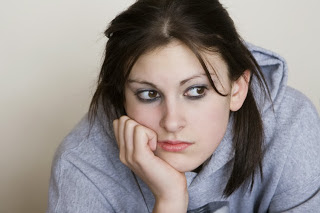 Just as the rich rule the poor, so the borrower is servant to the lender. Proverbs 22:7 NLT

The borrower may serve the lender, but that’s exactly what Dad wanted me to do—and at sixteen.

A firstborn child normally has many challenges—among them having parents who seem to go overboard, trying to teach them responsibility. And Dad was determined I would learn that if I learned nothing else. Years later, I appreciated all the efforts he and Mom made, but at the time I didn’t see the benefit.

One day he said, “Let’s go down to the furniture store.”

I had no idea why. That’s when Dad explained the importance of a good credit record. I wouldn’t be able to pay cash for some big-ticket items in life—such as a new car, new house, appliances. Not luxuries I’d want, but necessities I’d need. I suppose Dad assumed I wouldn’t earn an enormous salary. No one in our family history had.

A good credit record was important he said so I could one, get the money, and two, could get it at a low-interest rate. Made sense to me, so off we went. Before I knew it, I had purchased a complete solid-oak bedroom suit “on time.” Each month, I would have to send in a payment. Doing this would build my credit rating.

Dad was right. A good credit record is important. Mine stayed that way for many years until some things beyond my control ruined it. Borrowing was easy, and money came with cheap interest rates. Over the years, I saved a significant amount of money by having a healthy credit rating.

But Solomon was right, too. When I borrowed, I became a servant to the lender. They gave me the money and watched over my shoulder to make sure I paid it back—on time. If I didn’t, they’d charge me extra. And if something happened and I couldn’t pay it back, they’d turn the matter over to a collection agency who would charge me more money and harass me as well. Their action would go on my credit record and would lower my numbers, which meant that even if I could borrow in the future, I’d have to pay more interest to get the money.

Dad never encouraged me to borrow if I didn’t have too, but when I did have too, it sure was nice to have a good record.

How’s your record, and what can you do to improve it?

Prayer: Father, help us to manage our money well.

Tweetable: What does your record say about you? 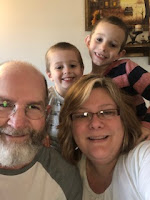