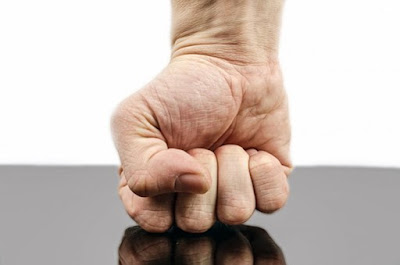 So because of your superior knowledge, a weak believer for whom Christ died will be destroyed. 1 Corinthians 8:11 NLT
“There’s nothing but a bunch of hypocrites at that church.”
Sue wasn’t the first person I’d heard make the statement—nor the last. I once thought believing it only excused a person from going to church. But perhaps truth inhabited her statement to a degree. In this instance, a smoking preacher was her hypocrite. Her husband had deer hunted with him while he pastored the church. Each time they hunted, the preacher asked him for a cigarette. Sue’s husband shared the information with her, and she chose to stay away from church because of the preacher’s hypocritical behavior.
I didn’t doubt what Sue told me—although I didn’t debate with her the rightness or wrongness of the preacher’s behavior. I knew the preacher she referred to. He and I were good friends. I also knew Sue spoke the truth about his smoking. I’d seen him. But I reached a different conclusion. He was a godly man with an unhealthy habit—not a hypocrite.
Sue’s story was one of many I’ve heard that in people’s mind make church-going folks hypocrites. Deacons who smoke and drink. Sunday school teachers who curse. On and on. What some consider hypocritical behavior can damage the faith of a weaker believer.
Paul addressed mature Christians who weren’t concerned about their actions when around new believers. In another place, he says he wouldn’t eat meat if it offended a weaker Christian—even though he had no issue with eating meat once sacrificed to idols.
In churches, people travel in different spiritual stages--from new believers to long-time believers and everything in between. Some Christians possess a clearer understanding of their freedom in Christ. Others cling to narrower views of certain things debated in Christian circles: gambling, smoking, drinking, going to movies.
My job isn’t pacifying every believer I encounter—even Jesus couldn’t do that—or judging them. Exercising sensitivity to their beliefs is my responsibility. If something I do offends the weak conscience, then I should stop—at least in their presence. Building their faith is my responsibility—not tearing it down. And not causing them to leave the church, as Sue—and many others—have done. People are more important than any debatable practice I may enjoy.
Learn to love people enough to temper certain actions if you know it offends them.
Tweetable: Do you care enough to stop falsely judging?


Prayer: Father, give us wisdom to act in ways that draw others to You, not turn them away. 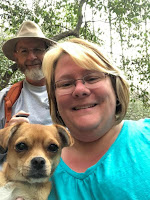