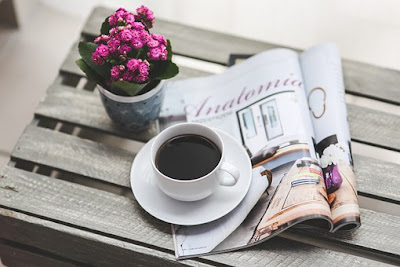 For you will not leave my soul among the dead or allow your holy one to rot in the grave. Psalm 16:10 NLT
Reading the obituaries is a daily routine for many.
Not for me. I rarely look at the deaths. I do check my old hometown paper weekly to see if anyone I knew has died. But the fact that I check the obituaries means I’m getting older. Younger folks don’t normally check them. They’re not thinking about death. They’re young and invincible. Death is a long way off.
Older folks, however, read the obituaries. The fact that I am starting to peruse them means I’ve reached the older stage in life. Death is coming, though I’m not eager for it to arrive any sooner than necessary. As I see others my age die, it reminds me death is nearer than it once was.
The psalmist didn’t seem to fear death. He didn’t believe his soul would remain in the grave—nor would his body remain there to rot. Although this was his personal belief, he also gave a prophecy of the coming Messiah—whose body would be resurrected three days after it was placed in a tomb.
In my years of ministry, I’ve noticed a common denominator among the believers whose funeral sermons I’ve preached. They had no fear. They weren’t eager to die, but they had no fear of dying. Like the psalmist, they didn’t believe the grave was the end. They hung on Jesus’ words to the thief hanging on the cross beside Him, “Today, you will be with Me in Paradise.” That promise became theirs, and it erased fear from their lives.
Christians have held different interpretations about what happens at death. Some think our souls sleep until the resurrection. Most think we are immediately in the presence of the Lord. I’m with them. Paul said to be absent from the body was to be at home with the Lord. And Jesus parable of the rich man and Lazarus showed each of them in their final abodes immediately after death.
Regardless of how things happen, believers will never be abandoned by God—in life or in death. Jesus promises never to leave or forsake His children. When He ascended back into heaven, He promised He was going to prepare a place for us. Then He would return and take us where He is.
Let God teach you how to live with confidence instead of fear. As God’s child, He will never leave you—in life or in eternity.


Prayer: Father, thank You for taking away the sting of death and making it only a step into Your presence.
Tweetable: Do you feel as if God has abandoned you?