When the Battles Come - Martin Wiles 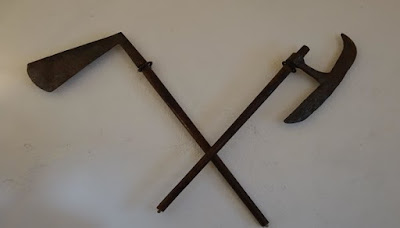 You have armed me with strength for the battle. Psalm 18:39 NLT
Some battles have nothing to do with picking up a weapon.
Military blood runs through my family veins. My father did a stint in the National Guard and then the Army, serving overseas in the Formosa Crisis. My father-in-law retired from the Army, doing time in the Korean and Vietnam Wars. A brother-in-law served in the Air Force, and a nephew did time in Iraq. Even both of my children did short stints.
When I entered my teenage years, the Vietnam War was nearing an end—at least America’s involvement in it. The military draft was still in force, and I feared I would end up in a war that seemed to have no end. But it did end—along with the draft.
Though I’ve never served in the military, I admire those who have and do. And although I’ve never fought in a military battle, I’ve fought a number of other battles: Are my parenting skills up to par, on what grounds do I make this decision, how will I care for my aging parents and in-laws, should I keep this job or look for another, how will I pay for the move, why am I depressed, can I get through this divorce, will I ever find someone to love me.
The psalmist was familiar with military battles, but he was also familiar with other battles that didn’t require picking up a weapon. Regardless of what type of battle he fought, God armed him with the necessary means to fight it.
God gives all the armor I need to fight my battles with the enemy of my soul—and also the battles I sometimes fight with God. He gives me the helmet of salvation. Thoughts determine actions. I have the power to think on what is true, noble, right, pure, lovely, and admirable. I have a breastplate of righteousness, given when I placed my faith in Jesus Christ. Faith is my shield, and I take the gospel of peace wherever I go. My clothes are girded with the belt of truth—which determines everything I say and do. And I have God’s Word to guide every decision I make and action I take.
When the battles come, victory is certain if I will adorn myself with the full armor of God. Don’t let the battles of life defeat you. Claim the victory that can be yours.
Tweetable: Claim the victory that is yours in Christ.


Prayer: Father, thank You for giving us the weapons we need to be victorious over every one of life’s battles.