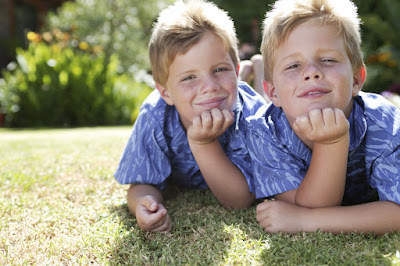 Objective:
During the month of June, children will learn how God is with them all the time. He will help them show others the right way and how to stand up for what’s right. He will also help them make difficult decisions. Finally, He will give them strength to follow Him when others aren’t.

Say:
Today, we will read a story about how Daniel and his three friends refused to do what a king asked them to do and what others were doing. They was tested to see if they would obey God or the new king.


Say:
Let’s say our memory verse together. Daniel made up his mind not to defile himself. Daniel 1:8 NLT

Create a set of cards (cut construction paper into fours) and write good and bad choices on them. Make sure they are age appropriate and would be choices children of the age taught would have to make.

Have children select a card and tell whether it is a good or bad choice. Discuss with them why it is one or the other.

King Nebuchadnezzar was the king of a mighty and feared empire called Babylon. Everybody in the entire world was afraid of him and his army. When he took over another country, he normally took most of the people back to his empire and only left the poorest people to take care of the land.

The land of Israel was one of the places Nebuchadnezzar captured. This is where Daniel and his friends lived. Sure enough, they were talented and useful, so the king took them back to Babylon. He instructed the man who was in charge of the palace officials to select men who he would train for three years. Then some of them would come to work for the king.

The king changed Daniel and his friends’ names. They were taught how to serve in the king’s palace. They had to study the stories of the Babylonians, and they also had to learn how to speak the Babylonian language. The king also instructed them to eat his food and drink his wine.

Reflection: How would you feel if you were taken from your family and forced to live in a strange land?

Daniel and his friends didn’t mind learning the Babylonian language or learning how to serve in the king’s palace, but they made up their mind not to eat the king’s food or drink his wine. The food was probably food that as a Jew God had forbidden them to eat. Perhaps they chose not to drink the wine because they didn’t want to depend on the king for food and drink as the expense of depending on God to take care of them.

The man in charge liked Daniel, so when Daniel asked if he and his friends could eat vegetables and drink water for ten days instead of what they were supposed to eat and drink, he agreed. Daniel and his friends could have been killed for disobeying the king’s command, but they wanted to follow God even when others weren’t.

Reflection: Do you think Daniel and his friends were scared they might not look healthier than the others at the end of ten days?

When Daniel and his three friends were taken before the king, the king was impressed with how healthy they looked and with how smart they were. God rewarded their obedience by moving the king to promote them to important positions in the king’s service.

Following God even when others aren’t always makes God happy. If we’re going to do this, we have to make up our minds ahead of time that we’re always going to do what God tells us to. We have to study the Bible so we’ll know what God’s commands are. Then when Satan tempts us to disobey God, we have to depend on God to help us make the right decision to follow Him. Even though Daniel and his friends learned the new laws of Babylon, they chose to obey the laws of God.

Reflection: If your teacher asked everyone in the class to lie to the principal about something and everyone else did, what would you do?

Transition:
God wants us to trust Him to give us courage to follow Him even when others aren’t.

Wrap Up:
Let each child tell one thing they learned from the story of Daniel and his three friends about following God even when others aren’t.

As an Ambassador for Lighthouse Publishing  of the Carolinas, let me invite you to peruse our quality collection of books. We have selections from various genres at discount prices. As a token of our appreciation, when you purchase a book, you may use coupon MWiles and receive a 20% discount. http://ow.ly/Q1V4l