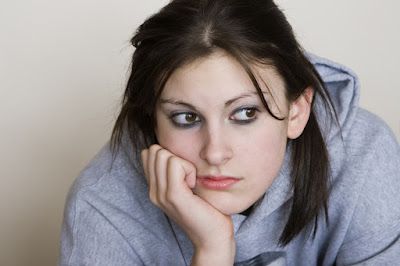 If we deliberately continue sinning after we have received knowledge of the truth, there is no longer any sacrifice that will cover these sins. Hebrews 10:26 NLT

Kids can be cruel; Mattie knew. Mattie was new to the school. She and her mom had recently moved to the area. They searched for a school where hopefully Mattie would be accepted and not face the bullying and rejection she had encountered at her previous school.

Mattie looked the same as any other student her age, but her speech gave away the fact she wasn’t. A minor lisp caused her to talk a little differently—a difference that was immediately noticed. While a few of the students accepted her in spite of this, most in her class shunned her.

Mattie walked alone in the hallways and sat solo in the lunchroom—a book often her only friend. Few took the time to know her. They were too worried about what their friends would say if they hung around with the new girl…the different girl. Unfortunately, Mattie faced the same intentional rejection she had felt at her previous school.

First century Christians were warned against intentionally rejecting the gospel message of Jesus’ death and resurrection. Early missionaries spread the word across the known world. Turning to Christ was the only available opportunity to be rescued from sin’s fatal consequences.

As the product of a Christian home, I heard the same truth long before I could ever understand it. But the time arrived when it began to sink in. Since I understood and had heard, I had a choice: accept it or turn my back on it. Had I chosen to turn away, there would have been no other choice.

Like Mattie’s classmates, I would have intentionally rejected another person. By not choosing God’s path, I would automatically choose the broad way leading to destruction.

God only provides one path to him—Jesus. Hearing this but shunning it leaves me with no other options. No further sacrifice is on the horizon; Jesus was it. Rejecting what God has done leaves us in a very precarious situation.

What have you done with God’s sacrifice?

Prayer: Father, we praise You for making the ultimate and final sacrifice for our sins.

Help us spread God's encouragement through his love lines. Share this devotion with a friend.
at July 18, 2015