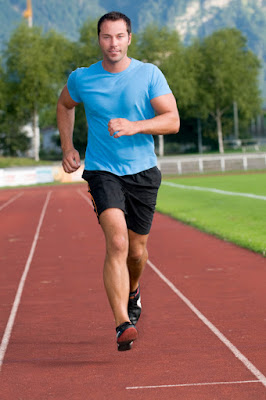 For a long time, Mark had been running from God. Though reared in a Christian home, he decided he’d like to try the other side for a while. He had no trouble finding friends who would lead him in that direction. For seven years, he dabbled in addictive substances and frequented places he should’ve left alone. Though his conscience bothered him, substances had a way of softening the blow.

Finally, God captured Mark's attention. Soon after he recommitted his life to Christ, he felt the tug of God’s call into ministry—a call he had heard long ago but ignored. After all, he had just married. Maybe his wife would say, “I didn’t sign on for this.” He tried ignoring the call, but the tug intensified. When he couldn’t run any longer, he spilled the beans: “God has called me into the ministry.” Happily, she agreed to follow him to college and then to the churches he later pastored.

Like Mark, Jesus too struggled with doing his Father’s will. Gradually, his purpose for being on earth unfolded. Then came the stark realization that his purpose would only be complete after being brutally abused and hung on a cross. In the Garden of Gethsemane, he pleaded for another way. God didn’t budge.

God’s ultimate will for me is that I repent of my sins and trust him as Savior. The decision in itself is simple but making it can be difficult. I’ve relished in sin’s temporary delight. Giving up what appears to make me happy sometimes takes a good dose of God’s discipline. Yet, God’s will entails more than just my one-time repentance. He has a plan and purpose. I’m a masterpiece in the making, but I have to cooperate.

Determining to follow his will is a conscious decision. Putting aside those sinful practices or useless things that seem to bring pleasure is a must. The good news is that when I make this decision, God will broadcast his power throughout my mind, will, and emotions. Like Jesus, I’ll be able to say, “Not my will but Yours be done.”

Are you following God’s will for your life?

Prayer: Father, give us the strength to follow Your will, regardless of the consequences.