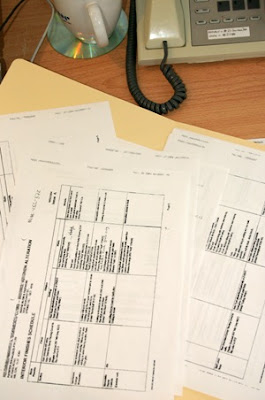 These two things are unchangeable because it is impossible for God to lie. Therefore, we who have fled to him for refuge can have great confidence. Hebrews 6:18 NLT

He spread the cell phone bill before her on the table. Earlier, he had perused the calls. He had his suspicions, and as he looked over the calls his misgivings were confirmed. Now came the unpleasant duty of confronting her. On one particular day, an out-of-town location appeared. He remembered the day. She had left early, telling him and the kids she was going to work. They believed her, even though they had reason to doubt her. Sure enough, she had lied once again. It had become her pattern. When questioned, she said, “I was at work.” He produced the bill. She held her course. Only after an hour of lawyerly interrogation did she finally admit what he and the children already knew.

God made a promise to Abraham and sealed it with an oath. He would bless and prosper him and give him many descendants. Since God can’t lie, the promise was as sure as the son rising the next morning. Abraham lived to see a portion of the promise fulfilled, and I’m witnessing another portion of it presently.

God’s promises can be trusted because they are unchanging and trustworthy. They have to be because they reflect his nature. He doesn’t change—although it may appear he does, and he never goes back on his word. What he says he will do.

God promises forgiveness and salvation to all who ask. Since he’s allowed his Son to pay for humanity’s sins, all that remains is for me to reach out for it. When I ask, my sins are removed as far as the east is from the west. They’re cast into the bottom of the sea…into God’s forgetfulness. He promises abundant life in the present—a quality of life I could never experience otherwise. And even better is the promise of eternal life in heaven. A place that is indescribably beautiful and fulfilling. A place where ultimate healing in all areas of life will be experienced.

Have you taken God at his word?

Prayer: Thank You, Father, that we can depend on Your promises.
(Photo courtesy of morguefile and dave.)

Help us spread God's encouragement through his love lines. Share this devotion with a friend.
at June 01, 2015