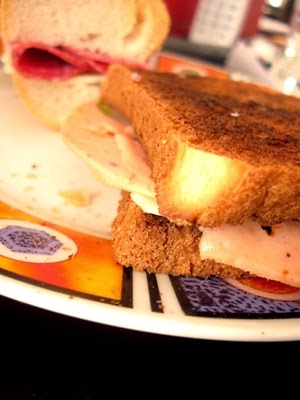 You must warn each other every day, while it is still “today,” so that none of you will be deceived by sin and hardened against God.  Hebrews 3:13 NLT

Toasted bread is sumptuous, but hard bread isn’t. When selecting a loaf of bread, I attempt to choose the loaf that is softest to the touch. Soft bread means fresh bread. I’ve also learned putting the twist tie back after retrieving slices ensures the freshness lasts longer. My wife and I often encase our loaf of bread in a Tupperware container. Yet, if the loaf of bread remains uneaten long enough, it will harden, get stale, and perhaps even mold. Hardening of bread is inevitable.

Moses faithfully led the Israelites out of Egyptian slavery, but many in the loaf weren’t as sensitive to God as he was. No sooner had they left Egypt than they began to complain—not enough water, food, shoes, or clothes. And when Moses stayed on the mountain too long retrieving the Ten Commandments they had his brother construct a gold calf for them to worship. In spite of all they witnessed God do, they readily hardened their hearts.

Hardening can happen in believer’s lives. I know; it did with me. As a rebellious teenager, I was hardened to God’s voice. I heard him, but his voice was faint because of my sinful practices. Hardening isn’t instantaneous but takes place slowly and sometimes over a long period of time. I didn’t suddenly become a teenager with a hardened heart. My temporary walk away from God came on subtlely and slowly. It began with rebellious thoughts in my pre-teen years and blossomed into full-blown rebellion several years later.

I’ve discovered the best way to avoid hardening is to stay close to God, making time to meditate on his Word, pray, hang around with other believers, and keep my priorities in order. These practices make it easier for me to reject rebellious thoughts. Since I’m not perfect, I’ll fall occasionally, but it doesn’t have to be purposefully or regularly. When I do, I’m quick to confess so the wrong attitude doesn’t linger and cause more destruction.

What action can you take to prevent hardening of your heart?

Prayer: Lead us, Holy Father, into a closer journey with You so we might avoid paths leading to hardened hearts.
(Photo courtesy of morguefile and Alvimann.)