Hope from a Duck - Martin Wiles 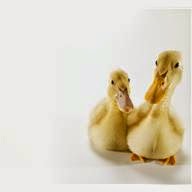 My enemies have set a trap for me. I am weary from distress. Psalm 57:6 NLT

A victim of unfaithfulness, she now pondered her next step. Life had turned sour. Her marriage had disintegrated. Depression and despair had set in. She wondered how or if she could keep going. One day, the darkness was greater than others. She placed a gun in her handbag, drove to a nearby park, sat on a picnic table, and prayed. Her request was simple. She wanted one good reason to stick around. If she didn’t hear one, she would end her life. God’s answer came in a much unexpected way. Hearing a noise, she opened her eyes to see a mother duck with three small ducklings tagging along. She knew it was God’s answer. She had children as well. To take her life would scar them forever. God knew the innocence of a mother duck would grab her attention and change her mind.

David needed hope. His faithfulness to the king had been rewarded with jealous outrage and multiple attempts to take his life. He found himself in a cavern in a dry wilderness overlooking a Dead Sea. Hope must have seemed scarce.

Though I’ve never considered suicide, I have sunk into the depths of depression and wondered why God was allowing what I was going through. All I could do was cling to his promise never to leave me and to believe his further promise to work all things for good. I looked for signs of his involvement in what I was facing and repeatedly found them. Feeling his presence gave me strength to go on.

Soon after David found himself in the wilderness, he saw his ducks. Friends and family began to join him, and with them came comfort. He also prayed to God when it appeared all hope had evaporated. David grieved. He had been loyal to the king but was now being hunted down like a traitor. His emotional pain was no doubt almost unbearable, but he praised God in spite of his circumstances and his questions.

When hope seems to have vanished, look for your ducks.

Prayer: God of all comfort, we trust You for comfort and guidance when our worlds collapse. 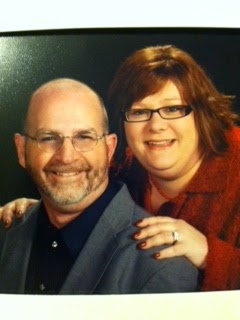 Help us share God's Word with these lines of encouragement. Share this with a friend.
at January 03, 2015