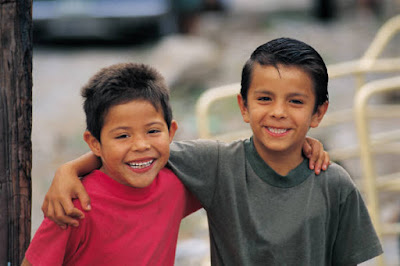 Objective:
During the month of June, children will learn how God is with them all the time. He will help them show others the right way and how to stand up for what’s right. He will also help them make difficult decisions. Finally, He will give them strength to follow Him when others aren’t.

Say:
Today, we will read a story about one of King David’s sons, Solomon. He had many sons, but this particular one was chosen by God as the next king of Israel after David died.


Say:
Let’s say our memory verse together.  Give me an understanding mind so that I can govern your people well. I Kings 3:9 TLB

Activity Time:
Visit the nursery and find a toy that teaches children how to put the various shapes of blocks into the right slot. Reinforce the theme: there is a right way to do things.

Play Follow the Leader to a particular destination that there’s only one way to reach. Emphasize how going the wrong way will never get you to the destination.

Darken the room, and let one of the children lead the others by using a flashlight.

Bible Story Time:
Icebreaker Questions:
What happened when you tried to put a square block into a round hole?

If someone wanted to go to Walmart, but you gave them directions to McDonalds, what would happen?

If your Mom told you the right way to open a door, but you tried to open it a different say, what could happen?

A very long time ago, a man named David lived in the land of Israel. When he was a young boy, he was a shepherd and took care of his father’s sheep. He was very brave. He fought off lions and bears and other animals that tried to kill the sheep. He even fought a giant named Goliath one time.

While he was still a young boy, God sent the prophet Samuel to tell David’s father that one of his sons would be the next king of Israel. The present king was not listening to God, and God was going to remove him soon. Before long, the king was killed fighting in a battle with his enemies. David was selected as the next king.

Reflection: Are we ever too young to serve God?

David ruled as king for 40 years. We’re not sure how many sons David had, but it was a lot. Of all his sons, God told David that his son named Solomon was to be the next king of Israel. Some of David’s other sons were probably mad because they were not chosen to be the next king, but David obeyed God and chose Solomon as the next king.

Reflection: Have you even been sad or angry when someone was picked to do something you wanted to do?

King David knew he would soon die, so he called in Solomon and told him about the right way he was to follow. He told Solomon to be brave and to make sure he followed God’s commands. If he did this, God would make him prosperous and successful.

We’re not sure how old Solomon was when he became king, but he was probably somewhere between 12 and 20 years of age. Either a teenager or a young adult.

Reflection: Can you imagine being a king when you were just a young boy or girl? How do you think you’d feel?

Solomon was the wisest person that ever lived. God said no one wiser had ever lived and no one wiser ever would. But Solomon knew he could never be a good king unless he had help from God. One night, God appeared to him in a dream and told him to ask for anything he wanted. Whatever it was, God would give it to him.

Reflection: If God told you He’d give you anything you wanted, what do you think you might ask for? What are some things you should ask for?

Reflection: What do think are some things Solomon might have taught the people?

Jesus said the two greatest commands are to love Him with all our heart and then to love others as we do ourselves. If we obey those two commands, then we will automatically obey all the other commands God gives us.

Reflection: What are some ways you can teach others the right way? Read the Ten Commandments to the children.

Transition:
God wants us to love everyone and teach them to love and obey God. We can do this by letting our lights shine.

This Little Light of Mine


Let each child tell one thing they learned about showing others the right way from the story about King Solomon.

As an Ambassador for Lighthouse Publishing  of the Carolinas, let me invite you to peruse our quality collection of books. We have selections from various genres at discount prices. As a token of our appreciation, when you purchase an e book, you may use coupon MWiles and receive a 20% discount. http://ow.ly/Q1V4l