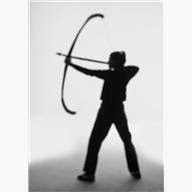 Objective:
Children will learn about God assisting Joshua and the Israelite army in defeating the city of Jericho—their first stop in conquering the Promised Land.

Say:
We are continuing our theme: Trusting in God. We will study various people and stories from the Old Testament that teach us how we can always trust God to do what he says. Today’s story is about Joshua defeating the city of Jericho. God chose Joshua to take over after Moses died. Remember Moses is the one who led God’s people out of Egyptian slavery. Moses died before ever entering the Promised Land because he had disobeyed God. Joshua became the new leader.

Say:
(Display the following verse where the children can easily see it.) Let’s say our memory verse together. Be strong and courageous! Do not be afraid or discouraged. For the Lord your God is with you wherever you go. Joshua 1:9 NLT

Icebreaker Questions:
Have you ever needed someone to help you do something that you couldn’t do by yourself?

What are some sources of power that people depend on?

What are some things we discover when the power goes out?

Activity Time:
Give the children paper and crayons. Tell them to draw pictures of things only God could have made or created. Ask children what superheroes they have? Then take some time to explain the difference between God and their superheroes.

Bible Story Time:
Reflection: Name one thing God can do that no one else can do. Why do you think he can do this?

After leaving Egyptian slavery, God’s people wandered in the wilderness for 40 years. God made them do this because they disobeyed him when he brought them to the borders of the Promised Land the first time. They sent spies into the land, and the spies brought back a discouraging report. Ten of the 12 spies said there was no way they could conquer the land. There were giants in the land, and the cities had high walls around them. Because they disobeyed, God made them wander in the wilderness until all those who disobeyed him died.

Moses also disobeyed God in the wilderness, so when the 40 years were over and it was time for them to try again, God told Moses he couldn’t go in. He would die, and Joshua—one of the spies who said they could take the land the first time—would lead the people into the Promised Land.

After Joshua led all the people across the Jordan River, the first city they had to conquer was Jericho. Jericho was one of the oldest cities in the world and had been built thousands of years before Joshua was even born. In some places, its walls were 25 feet high and 20 feet thick. Soldiers would stand on top of the walls and be able to see for miles and miles. The people of the land thought Jericho could not be conquered by anyone.

The people didn’t know how God was going to help them conquer this city. When they found out, they may have even thought their God was a little crazy. What God told them to do didn’t make any sense. The entire army was to walk around the city once a day for six days. No one was to say anything, and no sounds were to be made with any of their war instruments, such as the ram’s horn.

When the seventh day came, however, the people were to do something different. On this day, they were to march around the city seven times while the priests blew the war horns. After the seventh time around, the priests were to make one loud and long blow on the horns. When the people heard this, they were to shout. The people followed God’s direction, and when they shouted, the walls around the city fell down. The only part that didn’t fall was where Rahab lived. When Joshua sent spies into the land to spy it out and make a battle plan, she hid them from the people in the city who would have killed them. The spies promised her she would be protected when they conquered the city, and they kept their promise.

Reflection: Even though God told them what would happen, do you think the people were still surprised at God’s power when the walls fell?

Our God is a powerful God. There is no person or thing that’s more powerful than he is. This means he can give us power over things that frighten us. He can help us when we seem outnumbered. He can protect us from danger and help us when we can’t help ourselves. He is able to provide everything we need to live and do his will. With God on your side, there is nothing you cannot do. Whatever he asks you to do, he will give you the power to do.

Transition:
God gave Joshua and the Israelites power to conquer the city of Jericho so they could move in and take the land he had promised them.

Joshua Fought the Battle of Jericho

Let children color the Joshua and the Walls of Jericho coloring page and the Joshua Word Search.


Let each child tell one thing they learned about God’s power from the story of Joshua and the walls of Jericho.